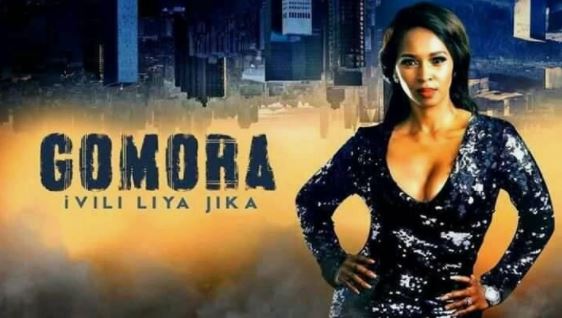 If you have been watching soap operas, you must have noticed that most of them show the society and the ups and downs that people face.

The characters on Gomora create mental puzzles in the viewers’ minds as they try to solve crimes, differentiate the bad from the good, and guess who is honest or lying.

The puzzles are endlessly frustrating yet completely entertaining. Gomora actors will have you sitting on the edge of your seat until the very last second of each episode.

Tune in on Mzansi Magic from Mondays to Fridays at 19h30 to watch the forthcoming episodes and more:

Teddy and Ntokozo fail to agree because of Manzi, and Thathi plans Sonto’s birthday. Detective Mahlasela unveils another lead that could be key in solving Mbongeni’s murder case.

Teddy gets into a complicated situation with Manzi, and his attempts to get out of the situation ends up making everything worse. Meanwhile, it looks like Detective Mahlasela’s decision will leave Mam’Sonto in an unexpected position.

Sonto takes advantage of the activities at her birthday party to confront Gift and blackmail him into keeping his mouth shut. Meanwhile, Manzi goes on with her plan to hurt Teddy.

Thathi pleads with Detective Mahlasela to allow her to accompany him to see the victim, and Teddy gets demoralised when he fails the learners’ license. However, his friends try to come up with a rescue plan. A murder puzzle is pieced together, and Sonto realises that she is on the receiving end.

Langa and Ntokozo try their best to ensure that Teddy stays away from Manzi; although their plans do not bear fruit as the two engage in a touching moment on their watch. Sonto does everything within her capacity to ensure that Thathi does not meet Gift.

The chemistry between Manzi and Teddy solidifies, and Detective Mahlasela tries to find evidence to link Sonto with the murder case. Langa and Ntokozo express their frustrations to Teddy and try to convince him to end his relationship with Manzi; will he listen to them?

Sonto discovers that she has lost something that could link her to the crime and interfere with her relationship with her daughter. On the flip side, Ntokozo shows up unexpectedly and finds Manzi in a situation that makes him second-guess her true intentions regarding Teddy.

Teddy spends more time with Manzi, and this makes the flame of what he feels towards her get fired up. Thathi embarks on a mission to find more information regarding Sonto’s involvement in the crime.

Teddy convinces himself that he has hit the jackpot in his love life, and Detective Mahlasela finds himself in a complicated situation. He is forced to undo Sonto’s relationship with one of her closest allies to expose her.

Mazet goes to a police station to steal a piece of evidence, and Manzi thinks of having sex with Teddy, although Teddy is against it.

Manzi attempts to convince Teddy to sleep with her, and Sonto realises that she is being considered as a potential suspect. The discovery shakes her off balance, and Mazet suggests that they should get rid of Thathi; will she give in?

Someone walks in and finds Thathi snooping on Sonto’s phone, and Mazet’s plans do not bear fruit. Manzi toys with Teddy’s emotions.

Langa and Ntokozo express their concern about how Teddy’s girlfriend makes him feel, and Sonto lacks the words to convince Thathi that she is innocent. Later, Manzi issues Teddy new rules regarding their relationship, and they make him more worried.

Teddy realises that he cannot be with Manzi anymore, and Langa and Ntokozo express their concerns regarding Teddy’s attitude towards them. Sonto realises that she has to play her Trump card to get herself out of the mess. She decides to run for the border.

Detective Mahlasela comes across some incriminating information that links Sonto to the murder case. His determination to rule her out as the primary suspect forces him to ask Thathi to spy on her. When Sonto realises that she is being investigated, she makes plans for Mazet to steal the evidence from the police station. Will her attempts to get herself out of the mess bear fruit?

Teddy gets consumed when Manzi shows interest in him. He believes that she genuinely loves him and that she has the best intentions towards him despite Langa and Ntokozo’s efforts to remind him to be careful. What is Manzi up to and why is he her prey?