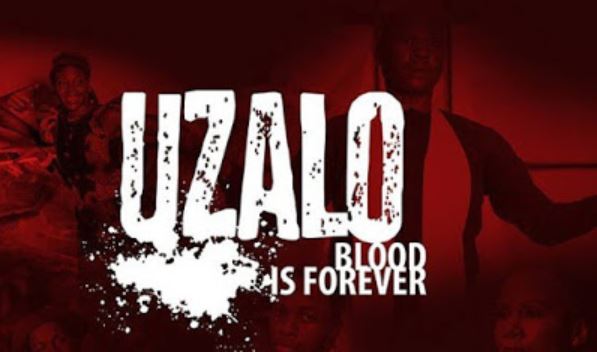 If you do not enjoy television shows, chances are you will reconsider your decision after binge-watching Uzalo teasers.

The episodes have a lot of educative, informative, and entertaining stuff that will never leave you the same.

Additionally, the drama series is carefully scripted in a way that ensures all categories of people have something to learn after watching the teasers of Uzalo.

Uzalo explore the lives of two young guys who are desirous of gaining knowledge of the intricacies of love, family, and money.

If you have been looking for a drama series that you can commit to watching daily without getting bored, this series guarantees to surpass your expectations.

Khathaza has not stopped to revisit a buried nemesis from the past while Nonka is surprised by the news she gets from Mazaza.

MaNgcobo makes a fresh resolution to confront the situation at hand.

Mazaza lowers himself like never before to guard Sibonelo, while Qhabanga discovers he needs to put in a great effort, and Mpume discovers Sbu’s Achilles heel at last.

Zekhethelo finds out the extent of how MaNgcobo dislikes Nkunzi, and Lilly comes across an important piece of information, while Sbu deteriorates.

Moments after meeting Nkunzi, Sibonelo makes an important resolution. At the same time, Gabisile is in a big problem. As Sbu is trying to work according to Fikile’s instruction, he is faced with an unpleasant surprise.

Sibonelo gets a frightening job from Nkunzi, while Gabisile makes a very crucial resolution. Sbu seeks for a piece of advice concerning Mpume, and he gets it.

Sibonelo is left with no option in a very unpleasant situation, while Khomo makes a long order. Gabisile makes a terrifying promise to Qhabanga, and Sbu’s agenda absolutely hits the rocks.

Thulani uncovers his real identity as Qhabanga seeks assistance from the police, and Sbu is becoming more anxious to meet Mpume.

MaNgcobo is making a choice that she may live to regret, and Qhabanga offends Gabisile while trying to put her out of the way. Fikile complicates the issue in an effort to assist Sbu.

MaMlambo finds out she is in a big problem. At the same time, Lilly is surprised the moment Gabisile opens up to her, and Sbu gets a fortunate break

Nkunzi makes a very critical choice, while Qhabanga sets a fresh agenda in motion, and Sbu receives the thing he desired but different from the way he wanted it.

MaNgcobo gets herself into a big mess, and Gabisile comes across a piece of saddening news. Also, Sbu fights to live with the loss.

Nkunzi starts the process, mounting tension on MaNgcobo. At the same time, Qhabanga and Nomcebo both receive an uncomfortable surprise, while Sbu ends it at last.

Thulani finds out the truth concerning MaNgcobo, while Qhabanga opens up to Gabisile, and Sbu brings himself low to convince Fikile.

MaNgcobo puts the wrong person in charge of the operation. Then, Gabisile receives an irresistible offer, and Fikile’s world comes crashing down.

MaNgcobo is not threatening the right individual, while Gabisile sets out with her agenda, and Sbu is continuing with his lies.

Thulani decides to take matters into his own hands. Also, Mazaza serves Gabisile a problematic deadline, and Fikile resolves to utilise Nonka to bring in more buyers.

MaNgcobo decides never to compromise her position before Mondli. Then, Sibonelo has succumbed to engage in the unimaginable, and Fikile gets good returns for changing Nonka.

Thulani is in possession of an exciting proposal for the Lilly condition as Gabisile resolves to deal with the issue in her way, and Sbu shocks Fikile with his actions.

Lilly is getting a clear picture through Njeza, while the expected plan of Gabisile and Sibonelo did not come out well. At the same time, Fikile is furious about discovering who she has to communicate with.

Zekhethelo discovers something quite astonishing. Njeza proves to Thulani that he is serious-minded, while Sbu’s situation is a significant threat to the continuation of his relationship with Fikile.

He first appeared in the scene where he revealed his real identity. Then, after much effort, Thulani finally finds out the truth concerning MaNgcobo. To avoid further delay, he decided to take matters into his hands.

In the 23rd episode, Mpume discovers Sbu’s Achilles heel, which was not a good thing for Sbu. He keeps on deteriorating as he faces many difficult situations. All seemed well again as he gets a fortunate break, but it was only for a moment. He had to humiliate himself on a few occasions to get what he wanted, and then, he ended up not putting a stop to his lies.

As two major families fight to take the central spot in Kwa-Mashu. Who is going to win this fight? Get the answer as you take time to watch the series while they broadcast from Mondays to Fridays on SABC1 at 20:30.