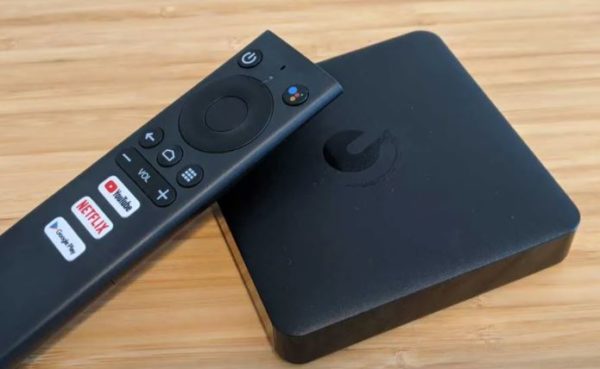 Streaming services have become increasingly popular over recent years, providing users with loads of video and music content such as Netflix, Showmax and Spotify.

Many customers, having purchased a smart TV, believe they do not need a dedicated streaming device since their TV should be sufficient for streaming content.

There are a number of Android boxes that consumers can get here in South Africa. while they all brag about being the best in the market, Ematic 4K Ultra HD Android TV box is considered to be one of the best.

The Ematic Android TV box reviews look at its features, setup, access, price, and convenience. The focus is on both the pros and cons.

The setup is easy and straightforward. Once the box is turned on, it automatically detects Wi-Fi and starts the setup process. For network connectivity options, the device comes with 802.11AC Dual-Band Wi-Fi and a 10/100 Ethernet port.

The menu is also easy to follow. The setup can also be done using an Android phone. You only need to sign in to your Google account then download your preferred applications. Your television must have HDMI input for the Ematic Android TV box to work.

The Android box also comes with 8GB internal storage where you can store files. 8GB storage is adequate but among the lowest. It also has a 32GB micro-SD slot for additional storage space. You can also plug in a hard drive or USB stick for extra storage. It is also not that fast because it only has 2GB DDR3 RAM. Gaming may not be that smooth on this device.

The other feature is its Ultra HD capability, also called 4K. It is possible to stream an Ultra HD resolution video because the Ematic Android TV box has a 750MHz five-core chip, an Amlogic S905X chipset that has four ARM Cortex-A5 cores of up to 1.5GHZ, and an ARM Mali-450 GPU. The 4K feature will only work properly if your television supports Ultra HD. One major problem with accessing Ultra HD content is that it needs a lot of bandwidth. 4K content from a hard drive can also work.

You should know that the box does not come with a keyboard. If you have to type, you will either get an external keyboard or use the screen keyboard with the remote control enter key and the directional pad. It is also possible to display content from a different device like a smartphone or a laptop due to the Chromecast built-in feature. This reduces the need to have additional cables. But this feature works if the device you are using is connected to the same Wi-Fi the Android TV box is connected to.

The other best part about the Ematic Android TV box is its built-in Google Assistant, and you can speak to it. Its Bluetooth remote control has a microphone above the LED light. You only need to press the Google Assistant button on the remote, then speak, and the content will be displayed on your smart TV. Update it regularly to ensure the Assistant has the latest AI.

Their content stands out compared to other boxes because it has both Netflix and Google certification. You will have access to Google Play Music and Movies, YouTube, Netflix, and Amazon Prime. DStv Now and Showmax are also available. Its Android feature will also allow you to download a number of apps. Since the box works on Android TV OS 9.0 and above, you should expect to get constant Google updates. It is also possible to side-load other apps that are not available on the Google Play Store using a hard drive.

How much does the Ematic Android TV box South Africa cost?