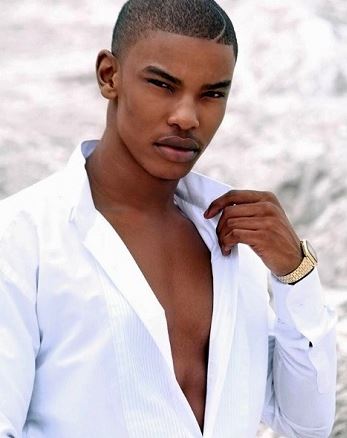 The talented actor is a diploma graduate in Logistics and Supply Chain Management at the Tshwane University of Technology in Pretoria, but he pursued a different path in his career.

Thabang is popularly known for his recurring role where he plays ‘Gift’ as Gift Mabuza, son of Gracious Mabuza on the much loved local show The Queen. His first appearance on television was in 2017. He was involved in a promo segment with models at the Comedy Central sitcom I Live.

Besides acting as Gift Mabuza, he also landed other significant roles like the role of Fumane Ring of Lies which aired on Mzansi Magic telenovela that aired on 27 February 2018. He then landed a starring role where he acted as Mark in a drama series called Diamond city.

He is a fashion icon and loves clothes and dressing well. His compassion, understanding, loving and kind nature are traits he has acquired from his amazing mother. He loves soccer and rugby.

Little is known about his spouse and dating life. However, earlier in 2017, he wrote on twitter about his interest in finding new love. The message read ”I’m ready to be an amazing boyfriend to someone’s daughter and treat her like a queen.” His post sparked a lot of debate and replies on Thabang Molaba Twitter handle, with young and gorgeous ladies sending him direct messages or pictures, expressing their interest in being his “queen.”

Besides acting and modelling, Thabang plans to release his first debut single soon. His acting role on The Queen helped him acquire many fans that are expected to triple once he drops his single.

Thabang Molaba has always wanted to work in acting from an early age, but he found it challenging to balance between school and acting. He, however, made it in acting where he landed a gig with the show The Queen. He credits his achievement to working with veterans in the acting industry who posed significant challenges and sometimes overwhelming ones, but he took it as an opportunity to learn.

He played as Gift, a character portraying him as a rich and spoilt young man. Thabang describes himself, as a Free State-born model, has always had big dreams. In his acting roles, he describes himself as a gift from the queen. He took the step to relocate to Gauteng to pursue his dream.

He also credits his achievements to handwork and setting his priorities right on what he wanted to achieve. This is evident when he went ahead with acting despite some of the people being skeptical about his acting in the early days. He keeps his eye on the bigger picture.

Thabang always tries not to miss a day of working out; his physique can tell you just how much he enjoys being in the gym. It must especially come in handy for someone who confesses to loving food and would rather spend a day indoors watching movies and eating.

In real life, Thabang Molaba has been a blessing to many people, and his character is different from his acting roles. He has become an aspiring and ambitious artist who has been a good role model to young upcoming artists.