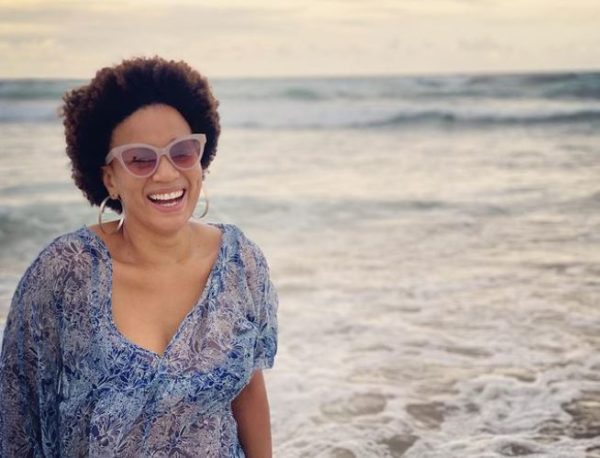 Renate Stuurman is a South African born actress raised in Capetown. She’s best known for her roles in popular television shows such as 7de Laan, Unmarried, and The River.

Aside acting, she is also a talented ballet dancer.

She studied at Rhodes University in Grahamstown. It is during her studies that she met with renowned choreographer, Gary Gordon. After getting her degree, she relocated to Johannesburg in 1999 and later earned her first role in the 2001 television show, Scoop Schoombie.

The actress had been rumoured to be dating actor Vuyolwethu Ngcukana for a while. The two confirmed that they were an item when they shared a series of photos. Vuyo is best known for his role as Schumacher on the television show, The Queen. The actor posted a photo on Instagram with the caption ‘This lady here sharing jokes’. While talking about how they met, Vuyo jokingly said that he sent a message in her inbox.

Here are some roles she’s played in some movies:

Win a Home Sn 2: as herself

The River Sn 1: as Sheree Jacobson

The Lab Sn 3: as Pamela Dube

Binnelanders Sn 8 and 9: as DrCharnay Adams

Renate loves her afro a lot, as she flaunts her hair on social media. She’s also active on Instagram.