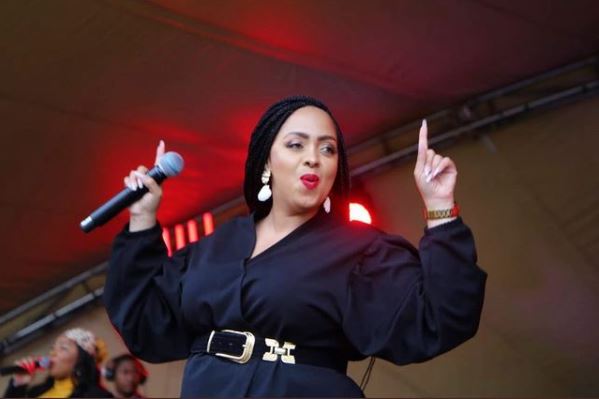 Mahalia Buchanan is a South African gospel artiste who is gifted with a golden voice. She grew up singing in church during Sunday school and later advanced to South Africa’s Joyous Celebration.

Years later, she decided to venture into music as a solo artist and things turned out better than she expected. Through her music, she has traveled to most countries and has had the chance to share a platform with prominent musicians. She is also a businessperson and a speaker.

Mahalia Buchanan is not a new name, especially for Gospel music enthusiasts. She is a renowned Gospel artiste, whose contribution to South Africa’s gospel industry is significant.

Her style in music is unique, and her voice is heavenly. She is a solo quite a performer. Apart from being an artist, she also ministers the gospel through a popular gospel channel, ‘Gospel Truth.’ In addition, she is a songwriter and businessperson.

The gospel artist was born from a family where everyone enjoyed singing. She, however, describes herself as the only different child who would always be in front of the television and cameras. When she was young, she enjoyed entertaining people in her home.

Having joining the Joy Celebration, this group made her grow her talent. She later got the chance to work with prominent South African artists such as Donnie McClurkin.

Mahalia acknowledges her effort towards getting to where she is right now. She says that it has taken her the sacrifices she has made, ever since she was young, to bear the fruits she is enjoying now. She insists that she never pictured herself being this great in music. She also applauds her family for being there for her. She particularly states that she is indebted to her mother.

The talented superstar officially ventured into her solo musical career a few years ago, and it is marveling looking at the amount of progress that the young lady has made. Her music has impacted lives in South Africa and beyond. Mahalia Buchanan best songs are the reason why she has had the opportunity to share a platform with the likes of Tasha Cobs and Donnie McClurkin.

This gifted solo artiste believes that the grace of God is the secret behind her success. She honours the fact that she has traveled the world to spread the gospel.

It is so motivating seeing successful people like Mahalia Buchanan who trusted God with their lives, and it worked out for their good. What is more encouraging is seeing such a young and beautiful woman go after God. Her music is touching lives internationally.