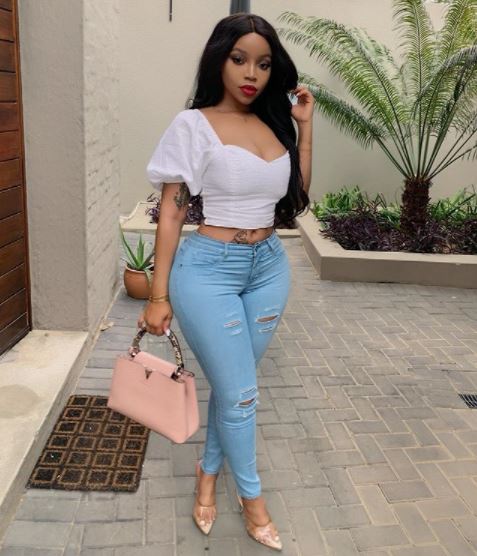 Faith Nketsi is a name that when you mention anywhere in South Africa and especially in the streets of Johannesburg, you will not need to make explanations.

The 25-year-old queen of twerk and Instagram star has her fans wondering when and who she is dating. Like many other celebrities, Faith Nketsi likes to have her love life private. She prefers leaving it to her fans to only guess her next moves in her love journey.

Thami Yabo, the owner and founder of Bar Co. Services, was believed to be Faith Nketsi boyfriend 2019. On 16th September 2019, Thami shared on Twitter pictures of himself and the beauty queen with the caption “Happy anniversary lover.”

In the past, Faith Nketsi has been rumoured to be in relationships with a couple of men. Being a super private person when it comes to love life, she never confirmed the rumours, and neither did the alleged lovers.

Fans and media outlets speculated Queen Twerk was with Davido, a Nigerian musician, in 2014. The singer posted a photo of them kissing on his social media. The allegations were never confirmed.

The vixen was reported to be with the businessman after she posted a photo of a man that resembled him on her social media. The truth never came out.

After ending her fling with Makhosini, fans thought she was in a relationship with Chinyani, a Zimbabwean show host after she held a live Instagram chat in Tino’s bedroom. Neither of them confirmed the gossip. Nketsi later pulled down the post.

Faith Nketsi continues to make headlines in South Africa for all the good and bad reasons. She, however, is good at selecting what people should see. Her personal life, including her family and dating life, are kept out of the public eye.