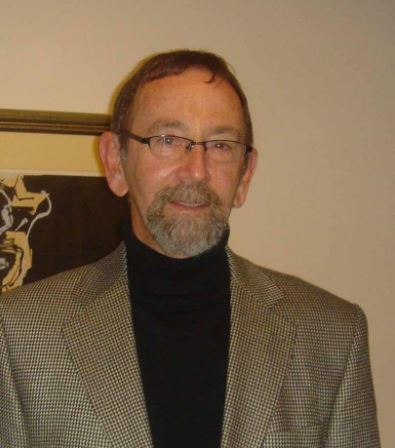 Dave Pepler (born 2 February, 1950) is a renowned South African environmentalist. The 70-year-old has loads of achievements and his work has gained recognition.

Dave is also a writer and also lectures, and boasts of over four decades (40 years) experience in his career.

He once divulged that while growing up, he was sent to his grandparents (Oupa Boy le Roux and Ouma Lilly le Roux) during the weekends.

Dave was raised by Maria Klink, and while he was a kid, he was known as the fattest kid in town, which led to him seeing school as absolute torture. He grew up in Robertson in the Western Cape.

For his education, he attended the Saasveld Forestry College, from where he obtained a National Diploma in Forestry. He then proceeded to Cambridge in the United Kingdom, where he attained a Master of Philosophy in Zoology.

Today, Dave Pepler is well known as the face of Groen, one of the icons of Bravo KykNET. The environmentalist has presented the programme for almost ten years now. It is currently one of the most-watched programmes on television in South Africa.

Pepler has also contributed to various radio programmes such as Hoe verklaar jy dit? This is a radio programme hosted by RSG – Radio Sonder Grense. RSG is an Afrikaans language radio service run by the South African Broadcasting Corporation.

In 2001, Dave was awarded the Molteno Medal of the Cape Tercentenary Foundation for his outstanding contribution to conservation.

In 2007, he received a Stevenson Hamilton Award – the highest honour of the Zoological Society of South Africa – for his contribution to Zoology. He is also involved at the Centre for Invasive Biology at Stellenbosch University. Pepler is also an environmental consultant to Chile, Tanzania, and Uganda. He also writes for VISI and INSIG regularly.

It is not known when the Dave Pepler wedding took place. However, Dave divulged that after he returned home from Cambridge, he got married, had kids, and was divorced.

Dave Pepler has also written a book, Forever Green: Plants in the Dream Time, which was published in 2009. Clearly, the man is passionate about nature.