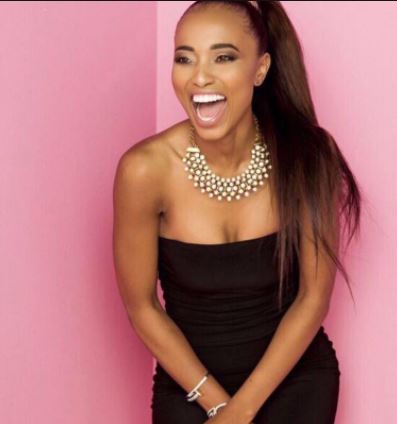 Ntandoyenkosi, came to the spotlight in South Africa when she was crowned the Miss SA of 2016. She said her career had started at the age of four when she first participated in a modeling competition and was crowned the winner.

Since then she claimed to have been unlucky with the applications she sent out, but luck turned her way when in 2014, she was shortlisted among the top 33 contestants only to be evicted during the finals.

Kunene knew what she wanted and she would stop at nothing to get it. She tried again in 2016, and this time she wasn’t just lucky, she got the crown her fulfilled her age long dream as a child.

Her speech after she received the crown from Liesle Laurie, the then incumbent Miss SA was that she had pictured her victory long before it happened even while she was only six years old.

Ever since she came into spotlight, she has been enjoying every dose of attention she receives from the public, this is even more obvious in that she has been in the headlines since she married her husband – Khaya Mthethwa, a musician and a famous person who hit the news when he won the Idols of South Africa season eight edition.

Kunene has also been keeping her fans interested and involved in her life, especially when she had her first child, Oyinkosi Mthethewa – she and her husband are constantly seen sharing thrilling and exciting moments with their bundle of joy.

However, her fame hit the wrong waves in February 2017, when she was in the news for an alleged case of drug smuggling. A false story came up on a website that she was been arrested at Heathrow airport London for trying to smuggle cocaine worth 2kg into London in coffee bags.

The story made headlines as soon as it broke out with many media houses using the headline “Miss SA 2016 arrested in Heathrow for carrying drugs.”

The story was up the whole day before the PR manager of Says Sun international refuted the story and said the model hadn’t even ever been to London and that she was currently in South Africa and neither was she arrested with any drugs.

Aside from being a beauty queen, Ntando is also an academician who has a degree in Curriculum Issues.