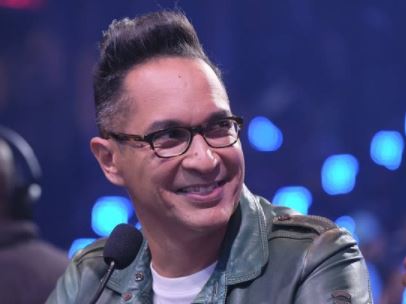 Randall Abrahams is one of the most sought-after media personalities in South Africa. He is most known for being a judge on the South African idols show, and is also popular for his PR firm.

The M-Net Idol’s show, a live singing competition has been airing since 2002 before Abrahams became a judge on the reality show. Abraham has a good taste of music and so is practical about his decisions on the show.

His tactfulness earned him the title “Mr. Nasty” from viewers of the show who observed how frugal he is with his commendation and how blunt he can be on the show. When on the show, Randall is precise and honest he gives comments to the contestants so they can work on themselves.

His preciseness on the M-Net Idol’s show also earned him the chance to be a judge at the 2003 World Idols reality contest.
Aside from being a judge, Randall has wealth of experience in the media. He ventured into broadcast media shortly after his high school program where he was employed as a junior programme manager at Good Hope FM.

While he worked there he was quick to rise to the position of a station manager in 1994 and eventually left after three years to test new grounds of responsibility. After he resigned, he relocated to Johannesburg and founded the YFM, a radio station for young people with other broadcasters.

He was the station manager of YFM for five years where he became the deputy chairperson of the NAB.

Randall has excelled in radio management; he has led to the success of radio stations like Metro FM, 5FM and Good Hope FM. Despite his excellent skills in managing and leading radio stations to success, he left the broadcast media to establish his PR firm, Total Exposure PR.

His firm manages publicity for South Africa Got talents show, and he also works as an independent digital consultant as well as a freelance journalist.

Despite being a media personnel, Randall is secretive about the identity of his wife and children, there have been speculations as to who his wife might be but the media guru as neither affirmed or refuted these rumors. No one knows anything about his children either.

The only part of his private life he is open about are his hobbies. He confesses to being a huge fan of Elvis Presley and admits that he began listening to his songs when he was stilla young boy. He also enjoys listening to the 60s and 70s Northern soul, soul and Nigerian highlife.

He likes to relax with a good book especially biographies during his leisure and well scripted novels. Abrahams is also a globe-trotter, he enjoys baking and watching movies.

Randall Abrahams is an adherent in learning, whether a formal skill or an informal one. He largely attributes his success in life to good education, determination and hard work.