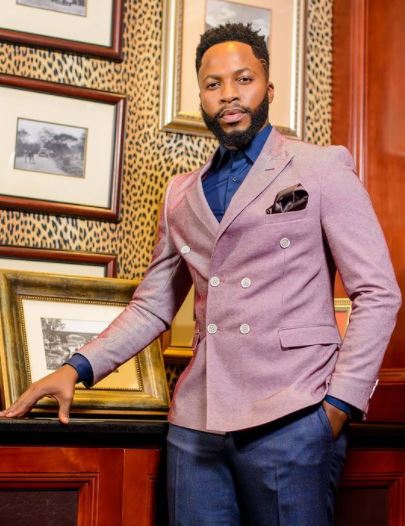 Nay is a from a family of three, where he is the only masculine gender.

He was born and brought up in Pretoria, Gauteng, South Africa, where he undertook his primary school and high school in Sunnyside Primary School and Lyttelton Manor High School before coming an Alumni of University of Pretoria where in Majored in Information Technology, Programming, and Software.

These equipped him for the task ahead. Nap became a Tv Presenter, Model, celebrity contestant, entrepreneur, of which being an actor and musician became most prominent.

He could be said to be a multi versatile person. This versatile made its first breakthrough on ANN7 where he anchored a lifestyle show christened Hashtag, then a role on the second season of IsiBaya where he starred as Tshepo.

The premier of Uzalo, South Africa’s juiciest drama series brought more fame and local fan base to him which took sides with him when when the Tv series’ writer made the move to delist him from the cast role which he performed.

In Uzalo, he played the role of a young man distancing himself away from the family business after witnessing the order of the day which included his father’s shady dealings, violence and clashes with law enforcement.

After his departure from Uzalo cast crew, he later went on to feature in twenty three cast roles who were a big deal in the movie space. Notable fact came when he confessed acting game in a movie and being gay in his normal life while being interviewed by Khaya.

During an interview, he also disclosed his 5 year roadmap to being an A-list Hollywood actor. Nay got the likes of RnB, soul, and hip hop as is most loved genre of which he did a cover for Drake in ‘controller’ and Miguel in ‘Adorn’.

If you care to know more about Nay, visiting is social handles wouldn’t be a bad idea. Tweet at @maps_maphalala, Facebook: Nay-Maps and IG @naymaps