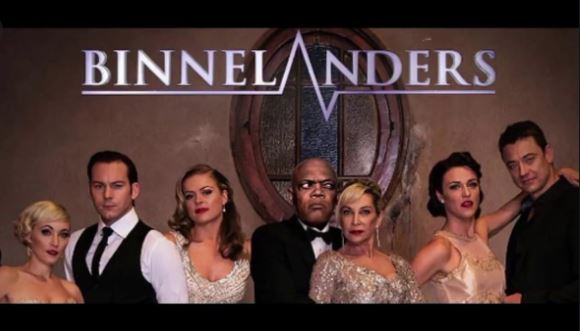 For the past decade, Binnelanders has been serving its fans juice through the plot of the show. The best thing about it is that the soap opera has transitioned to show the events in our day-to-day lives.

Apart from being a drama series set in a clinic, Binnelanders is a twisted show that depicts broken relationships and friends throwing one another under the bus.

The soapie bring out the challenges people face, also with the decisions they make and how they impact them. The characters demonstrate how a healthy relationship should be and red signs to look for in a toxic one.

If you had no idea about the plot of the show, you might want to check out Binnelanders teasers for July 2020.

What is coming up on Binnelanders teasers?

Here is what is going to happen in this series in July.

Tracy is worried about what Eben has been up to, and Rian comes across information that distracts him. Naomi discovers the details of Louis’ blood pressure, and René reaches out to Quinton. The truth about what has been propelling Annelize becomes known.

Louis discovers the sudden change in Naomi’s behaviour, and Eben convinces himself that he understands Annelize better. René convinces herself that she and Quinton made the right decision, and Eben is tortured by the hurtful words that Tracy hurls at him. However, Elana’s comments get at Annelize.

Tension continues to reign between Naomi and Louis, and Ingrid begins to sense something unusual going on between Annelize and Eben. Annelize begins to question Tracy’s intentions, and Chanel poses an uncomfortable question.

Steve opens up to Annelize about some sensitive information, and a decision that was made about a year ago causes trouble. Maya attempts to help Naomi in dealing with the issue with Louis.

René and Quinton go through a hurting experience, and Ingrid voices her suspicions without caring about how everyone will view her. Naomi is forced to intimidate her husband, and Tracy declares that she is over Eden. Meanwhile, Louis tries to figure out what At could be going through, and Rian draws more attention when At’s will is made known.

Steve seems to have had enough of what Annelize has been doing; what is his next step? Steve and Elana argue about Annelize and the decision that Luis makes shocks Naomi. Eben continues to figure out how his presence has messed up Annelize’s life, and Maya opens up to Steve about the uncertainties.

Conrad engages in a conversation with Elana, who ends up getting uncomfortable because of the truths that she discovers. Naomi convinces herself that Louis has included her in his plans, and Isle puts into consideration the remarks that Wimpie makes about Okkie. In the meantime, Hugo does something that diminishes Maya’s enthusiasm.

Conrad’s deals spark tension between Steve and Elana, and this makes Annelize so frustrated. Louis starts an interesting competition, and Maya feels discouraged that her plans do not seem to be working. Becker opens up about his worries, and Eben tries to convince Annelize to look at the brighter side of the matter. Naomi assures Isle that she will look after Okkie, and Elana discovers something that makes her mad at Annelize.

Maya starts to regret the choices that she made, and Annelize feels belittled when Conrad decides to involve Ingrid in the issue. Naomi tries to convince Ilse to stop worrying about Okkie, and Tracy opens up to Eben about her suspicions. Annelize discovers a source that she could use to get answers, and Okkie hugs Ilse.

Conrad and Elana seem to have conflicting opinions about the cause of the problems, and Danny might be the one to solve Louis’ issues. Chanel is unsure about how she perceives Sasha, and Rian is not willing to admit that he is the only guilty party. Tracy’s experiences change how she perceives the world, and Naomi discovers what is sparking Ilse’s worries. Rian makes Conrad’s options known.

Conrad lashes out, and Rian uses his words against him. Annelize opens up to Eben about her emotions, and this makes him so surprised. Hugo does not seem to agree with Maya about Okkie; hence, Naomi and Ilse decide to have a discussion with Okkie. Chanel’s insecurities begin to take a toll on her. Later, Annelize starts to worry about how she is going to explain everything that happened.

Ingrid makes a significant decision, and Maya seems to be fed up by Hugo’s behaviour. Annelize gets uncomfortable when everyone goes silent during the meeting, which makes Eben burn with rage. Elana discovers what Conrad is going through, and Eben makes a sensitive situation worse.

Elana refuses to listen to everyone, and Annelize shifts her worries to Eben. Chanel and Danny end up in a bad position because of their uncertainties, and Hugo requests Maya to be present when Okkie goes for his tests. On the flip side, Ingrid makes his next move without involving Annelize.

Annelize seems to have put her job at risk, and Maya opens up to Ilse about her concerns regarding Okkie. Chanel is mad at Danny for opening up to Sasha, and Okkie seems to know the secret to motivating Maya. Louis is so frustrated that he ends up mentioning a name. On the other end, Ingrid settles in, which makes Annelize change her ideas about the future.

Okkie asks Ilse and Naomi not to inform anyone about the test results. Annelize’s new plan does not seem to work, and Ingrid seems to know what is required of him to solidify a relationship. Louis remembers something that he had forgotten, and Steve discovers the cause of the misery that Annelize is going through.

Rian seems to have found a solution to his problems, and Elana is shocked by Conrad’s plans regarding his shares. Louis tries to find a solution for his new problem, and Danny feels like he is the only back sheep. Okkie goes through a demeaning moment when he is forced to stay mum.

Rian gets too excited about his new partner that he fails to notice the inconsistencies, and Annelize is not willing to stay away from Binneland Clinic. Maya realises that Okkie thinks that she is unfit for her job, and Louis comes up with a solution for the problem regarding the grand opening of the new bar.

Conrad is shocked by what transpires when he meets Delia, who thinks twice about forgiveness. Hugo requests Maya to be present during Okkie’s examination, and Chanel is convinced that Sasha’s behaviour is strange. Okkie tries to guess what he could be suffering from.

Something strange about Hadad comes up, and Elana prepares Maya psychologically before conducting the test. Ingrid receives an invitation that he had not foreseen, and Annelize opens up to Steve about important news, which makes him unhappy. On the other side, Hugo is convinced that he knows what Okkie is suffering from.

Maya crosses paths with Annelize, and Sasha does not mind going on a blind date. Everyone is angry at Hadad’s revelation, and Delia’s motive becomes known. Elana is concerned about how people are viewing her brother, and Hugo is disappointed by the way the staff at Binneland Clinic are carrying out operations. Meanwhile, the Ferreiras are not sure about how to react to the results of Okkie’s tests.

Conrad feels uncomfortable being around Delia, and Louis tries to explain why Okkie is behaving the way he is.

Okkie asks Maya to live with him, and Danny opens up to Chanel concerning Sasha. Annelize is planning to revenge, and Naomi convinces herself that her father does not know the weight of the issue. Also, Ingrid begins to worry about his secret.

Annelize continues to be more distant from Steve, and her issues threaten her job. Her miseries worsen when her last plan fails to bear fruit. What is she going to do?

Okkie hurts himself, and he ends up in the Binneland Clinic. Even though he attempts to diagnose himself, Hugo instructs that the doctor should examine him and that Maya should be present when the tests are conducted. Okkie tries to convince Maya and Naomi not to reveal the results of the tests to anyone. Will they keep the secret?