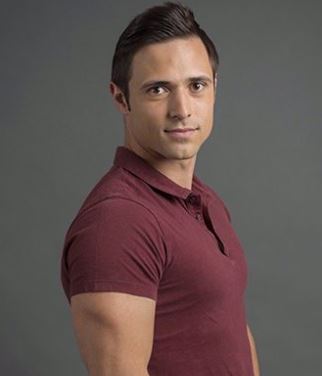 Werner Coetser is one of the actors in the South African movie industry that aside from being versatile and talented, he has a spectacular physical appearance that has endeared many fans to him.

He continues to attain his peak in the movie industry as he has starred in several movies since he was first known.

Werner is popular for his role in the SABC2 Afrikaans movie, 7de Laan.

In the movie, he played the role of Bernard Jordan, a spoilt rich who was over-pampered by his mother. He played this role for six years before he took up a lead role in Getroud met Rugby: Die Sepie. In this movie, he acted as Blitz Vermeulen, a short-tempered 24-year-old player who likes to frolic around with ladies.

He has also been on the set of movies like The Witches, A Place for Two, Macbeth, Drie Susters, and Three Wall Temple. etc

Werner Coetser is an alumnus of the University of Pretoria, he graduated with a Bachelor of Arts degree. Aside from this, much about his personal life is not known.

Through his Instagram account, it can be established that he is a husband and father to two children – a boy and a girl.

The names of his wife or children are not known neither is his birthday or place of birth.