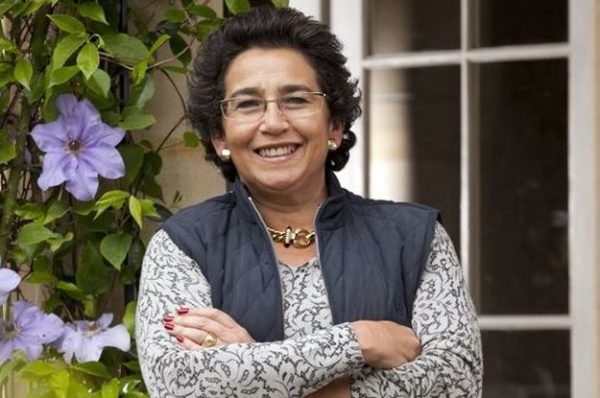 Wendy Appelbaum (Wendy Donna Appelbaum) is a South African entrepreneur who owns and is also the chairman of De Morgenzon Wine Estate in Stellenbosch.

She is one of Africa’s most active philanthropists, having donated a total of over US$23 million (R274 million). In 2012 Forbes listed her as one of the 10 Female Millionaires to Watch in Africa

Wendy Appelbaum is a director of the Wits Donald Gordon Medical Centre (Pty) Limited, which is a post-graduate teaching hospital of the University of the Witwatersrand.

She is also a trustee of the World Wide Fund for Nature South Africa.

Growing up as the only daughter with two brothers, Richard and Graeme, she loved games and could play almost anything including scrabble, tennis, bridge, show-jumping, golf; you name it! At an interview with Forbes Africa, she says that games are a great teacher for mastering negotiation. She grew up to be a highly competitive woman as a result of the sports and games she played, and she believes that is why she is a great director. She studied psychology at the University of the Witwatersrand and graduated with a degree. She then went to work with her father at the Liberty Group.

With our little findings, the South African female billionaire was born in the year 1961 and is currently aged 60 as of 2021.

Appelbaum says that she learned some amazing skills such as attention to detail, determination, work ethics, and patience from her father, Sir Donald Gordon. However, he was more of a role model than he was a mentor to her.

She is married to Hylton Appelbaum and together, they bought De Morgenzon (“the Morning Sun”), a wine estate in midst of the Stellenbosch Winelands. Wendy Appelbaum has two sons. The firstborn, Nicholas, is a surgeon while the last born, Matthew, is a banker in Johannesburg.

Their maiden vintage, a 2005 Chenin Blanc, became the first wine ever to get five stars in South Africa’s leading wine guide John Platter.

She has a Net worth of around R2.6 Billion which she has earned from her various businesses.

Wendy Appelbaum’s achievements
Wendy Appelbaum is a trustee of an investment holding trust known as The Tribune Trust. She is also a director at an empowerment company, Sphere Holdings Limited which is mainly focused on the departments of mining and finance. In addition, she is also a director at Victory Strategic Services, alongside being the chair at her agricultural and wine farm.
She was recognized as one of The Leading Women Entrepreneurs in the World in 2006. She has been a director at the Liberty Investors Limited before the company name was changed. She has also been Deputy Chairperson of South Africa’s leading computer and technology retailer IT firm that is known as Connection Group Holdings.