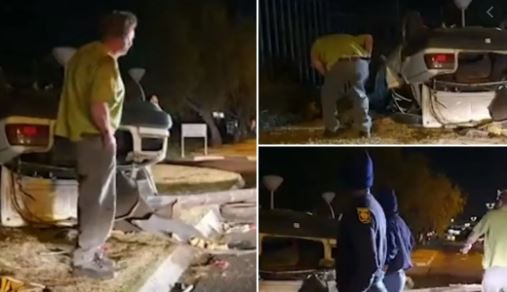 A short video went viral as an intoxicated man trying to act himself out of trouble. The drunk man has stuck next to the road with police officers after an accident.

However, he tried to pretend that someone else, Piet, caused the accident.

On Wednesday, South Africa Live posted a video on social media which shows a man, who appears to be drunk, looking for a man named Piet. According to South Africa Live, the man was involved in an accident and he tried to act his way out of trouble by claiming ‘Piet’ was to blame.

We gathered the video, which showed the driver actively looking for Piet at the scene of the crime, reached nearly 50 000 views in just four hours.