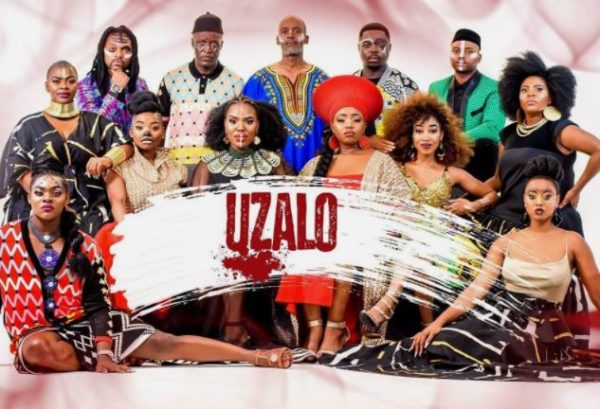 November Uzalo teasers will keep you glued to your screen for next month’s episode even as October comes to an end.

With a lot of promising drama-filled and thrilling scenes, you can be sure that the coming months will have some of the most exciting episodes of your favourite soapie.

As a fan, you definitely are eager to know what comes next in your beloved TV series. With the adrenaline rushing and excitement high, you can trust our thought out teasers for the coming November season.

We will give you just enough detail to keep you interested without necessarily revealing the crucial info that can make you disinterested. Read on to have a feel of what it would be like.

MaNgcobo is unable to change the mind of Khathaza regarding the matter at hand. The plan that Sbu set out is beginning to yield fruits. Meanwhile, MaMlambo walks into her room and what is on her bed strikes her eyes and leaves her in dismay.

MaNgcobo finally opens up to Khathaza after making her wait for too long. On the other hand, Sbu is trying to make Sibenelo understand that someone is planning on quitting on Phelelani. Meanwhile, MaMlambo is trying out something. It, however, does not bear any fruits.

Nkunzi is convinced that Steleka’s body is just not being exhumed for one reason. His intuition makes him believe that there is more to it. Meanwhile, MaMlambo is faced with yet another issue. She is left with no other option but seek for the help of Mama Nkosi. On the other hand, Sbu unintentionally approaches Fikile. What reasons could have driven him to her?

Khathaza cannot hide his secret anymore. He finally has to open up and tell the truth. How will the other party react to what he has to say? Today might not be MaMlambo’s day. The plan that she has set to make Mazaza doesn’t work. Sbu has finally gathered the courage to open and speak his truth.

Mbatha, out of a good heart, gives Nkunzi something. Meanwhile, Sbu thinks that by speaking his truth, he has escaped the consequences that were before him earlier on. As this happens, Gabisile opens up about the feelings that she has towards Qhabanga. How will the other party react?

Gabisile has someone new who is hitting on her. As this happens, Fihliwe finally decides that the time to revenge is now. Sbu is finally facing the consequences and it hits him hard.

Nkunzi realises that he just landed himself in a very big mess. On the other hand, MaMlambo finally realises that all along she has been making a mistake that she will have to pay for. Sbu’s condition is not any good and for that reason, he has to make a very important decision as soon as possible.

Nkunzi takes the risky road of going to meet his enemy. How will things go between them? On the other hand, the mission that Khehla had set out behind people’s back is finally being revealed. At the same time Sbu offers to make the biggest sacrifice.

Gabisile cannot resist the advances that her new suitor is making. On the other hand, Mondi finds what he believes is going to solve his situation. Meanwhile, Nkunzi makes a new enemy.

The plan that Mondi has decided to pursue seems to be bearing fruit. Meanwhile, Nkunzi fetches MaNgcobo evidence. At the same time, MaMlambo is beginning to act in a dishonest way just to draw Nkunzi’s attention to her.

Someone visits Khehla and the visit makes Gabisile spiteful. Meanwhile, Nkunzi’s luck takes a new turn and changes in a drastic manner. On the other hand, Zekhethelo makes a very grievous mistake of opening up to the wrong person.

Fihliwe cannot handle the situation anymore. As a result, she decides to take action. It finally dawns on Mondi that Badumile will not benefit him in any way especially regarding to the situation that is facing currently. Meanwhile, Gabisile is going through a very difficult moment trying not to show that she is jealous.

Fihliwe trusts her intuition and goes ahead to implement her plan. On the other hand, Qhabanga begins to speculate that Gabisile could be seeing someone else. How is he going to react if his speculations are true? Zekhethelo stumbles upon very confidential information that she is not supposed to have heard.

Mbatha is discovered and that stops him from getting the help that he needed. On the other hand, Zekhethelo is fed up and cannot take it anymore. She ends up getting into a confrontation with Mondi.

Fikile and Sbu are in the wrong location at the wrong time. This ends up putting them in a messy situation.

Khathaza is in a very difficult position as he has to make a very important decision. Gabisile is not willing to let people know what she is going through. On the other hand, Mbatha goes to the church on a special occasion.