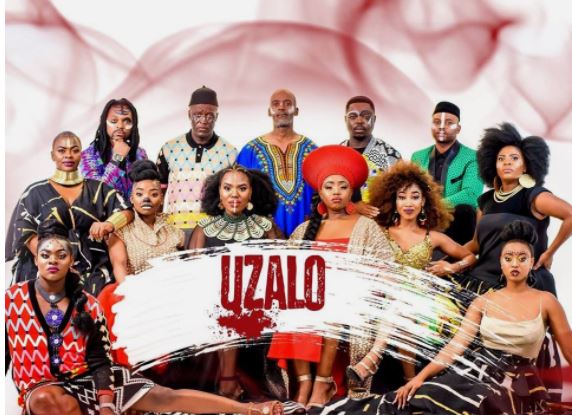 Uzalo keeps providing its fans with the entertainment they deserve. The soap opera has successfully combined humor with drama in an intriguing way.

It will also steal your breath when you see some of your favorite characters committing heinous crimes you won’t dare believe. You should check out these teasers to catch up on your favorite Tv drama.

Uzalo Teasers for December 2019
Monday, 2nd of December, 2019
Nkunzi’s plans backfired in ways he didn’t expect. Fikile lets her ambitions take a toll on her to the point where she puts her life in danger. In the meantime, Gabisile is bamboozled by the decision that Khehla makes.
Tuesday, 3rd of December, 2019
Gabisile does the most unexpected thing when she fails to respect her matrimonial bed and betrays Qhabanga. Khathaza does not seem to pay attention to those around him. It does not occur to him that his actions might cost him one of the people that he loves.
Wednesday, 4th of December, 2019
Mazaza and MaMlambo come up with plans to outwit each other, but they failed. Meanwhile, Gabisile realises how difficult her situation is, and as a result, she misleadingly absconds her marital responsibilities.
Thursday, 5th of December, 2019
MaNgcobo tries so much to stay out of contact with Khehla and Khathaza. MaMlambo seems to have had enough of Nkunzi. On the other hand, Qhabanga’s insecurities are beginning to take a toll on him.
Friday, 6th of December, 2019
Gabisile and Qhabanga are finding it difficult to come to terms with the reality of their faded love and failed marriage. Also, Khathaza does the unexpected as he murders Badumile. Sbu draws consolation from gambling.
Monday, 9th of December, 2019
Gabisile establishes flaws in the new girl that Khehla is dating. Meanwhile, Sbu’s decision about gambling seems to be giving him good returns. He suddenly makes a move that might change his story.
Tuesday, 10th of December, 2019
Nkunzi and Khathaza seem to be so bitter about one another. Should we expect a confrontation between them? Gabisisle finds out about something, and she ends up throwing someone out.
Wednesday, 11th of December, 2019
It seems like someone is haunting KwaMashu. In the meantime, Gabisile does something, and it becomes so evident that she has a crush on Khehla. Someone discovers this and is planning to use it against her.
Thursday, 12th of December, 2019
It looks like Sbu has gotten into more trouble with Fikile. Nkunzi does something that leaves Mondli in shock. At the same time, the residents of KwaMashu are beginning to feel overprotective of their ladies.
Friday, 13th of December, 2019
It looks like Gabisile’s plan is working in her favour as Khehla leaves his girlfriend for her. Sbu’s life goes into a messier situation as he is thrown out of Kuvukiland by Fikile. Meanwhile, Khathaza commits another crime when he murders Thenjiwe.
Monday, 16th of December, 2019
Sbu can barely fix himself, and as a result, he leaves a lady in pain. Khehla and Gabisile agree on something. Are they planning on dating? Nkunzi is convinced about the identity of the serial killer.
Tuesday, 17th of December, 2019
Gabisile’s feelings for Khehla are taking a toll on her. She is beginning to worry about her marriage. Sbu’s gambling seems to have gotten out of hand, as it is eating up his love life. As this happens, Mazaza makes Fikile believe that she is worried about ending up with Sbu.
Wednesday, 18th of December, 2019
Khathaza is so proud that his plans have so far not had any mishaps. It does not occur to him that someone could be prying on him. On the other hand, Gabisile is unable to control her emotions regarding how Qhabanga relates to his son.
Thursday, 19th of December, 2019
Khehla has a new lady in his life. This causes Gabisile to be anxious as she is dying to know more about their relationship. An unexpected visitor shows up at Khathaza’s business place. Is this a call for an alarm?
Friday, 20th of December, 2019
Nkunzi finally opens up to the police about what he thinks of Khathaza. Sbu admits that he needs help regarding betting. Gabisilie brainwashes Nonka by telling her that she is not supposed to date Khehla.
Monday, 23rd of December, 2019
Nonka gives her stand regarding dating Khehla. Mondli seems to be running out of patience. Meanwhile, MaNgcobo enlivens the campaign against women being abused.
Tuesday, 24th of December, 2019
Sbu’s journey to putting his house in order starts on a high note as he lands a job. Khathaza nearly lets his secret out when he gets into a conversation with MaNgcobo.
Wednesday, 25th of December, 2019
Nonka is fed up with the attachment that Sibonelo has towards her. Also, everyone in KwaMashu seems to trust Khathaza.
Thursday, 26th of December, 2019
Gabisile’s prayer seems to have gotten to the wrong person. Nkunzi discovers a delivery from Khanyile Coffins.
Friday, 27th of December, 2019
Sibonelo is unhappy about the relationship between Khehla and Nonka. He does everything that he could to separate them. Sbu is willing to convince Fikile that he has made a U-turn. Mazaza dares to do something. It, however, does not bear fruits as she had envisioned it.
Monday, 30th of December, 2019
Sibonelo tries to come to terms with his lost battle. Most of the women resolve to lock themselves up when they hear of another murder. Sbu takes things a notch higher and proposes to Fikile. He, however, uses a ring that was stolen from someone!
Tuesday, 31st December 2019
Fikile makes her decision about her relationship with her man. Gabisile overhears Qhabanga’s prayers. In the meantime, Khathaza devises a way of ensuring that MaNgcobo does not go to the police.
The drama has taken a new course, and you should catch up with the show from Monday to Fridays SABC1 at 20:30.

You do not want to miss out on any of the scenes as the drama has taken a new course. There is more to it then Uzalo Teasers. Be sure to catch the show every Mondays to Friday on SABC1 at 20:30.