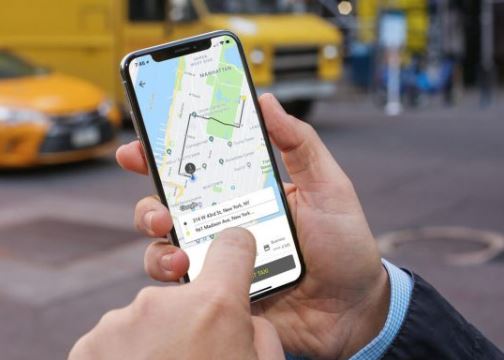 Transportation has become very easy around the world most especially in South Africa.

With so many taxi apps, people can move around whenever and wherever they want to.

One thing about it is that it is very convenient and easily accessible.

Even though this has brought about high competition in the industry, it has enabled the service providers to be hands-on when it comes to providing quality services to clients.

To get this, all you need is a smartphone and a good internet service once you already downloaded and registered the app.

The taxi apps have one aim, and it is to ensure that you get to your destination safe and sound.

The apps has also help create work space for people who are unemployed.

However, let’s take a look at how many taxi apps we have in South Africa.

Bolt recently rebranded from being known as Taxify. This is one of the fastest-growing taxi apps in South Africa, and it is giving Uber a run for their money.

Bolt Taxify is now available in 34 cities and towns across South Africa, resulting in a large market share in the industry. The e-Hailing app has made it easier for many South Africans.

Uber has been one of the most popular taxi companies for many years now. The Company has employed so many drivers in South Africa as a result of its large market share. You can request for a ride either at night or during the day, and at fair prices.

The app comes with an emergency feature to ensure that their clients are safe throughout the trip. Unlike other service providers, the Company has a variety of car models for you to choose from depending on your budget and comfort. These include:

This is one of the most affordable and secure taxi apps in South Africa. Interestingly, it is founded by one of our own people. The service provider charges less fees compared to other taxi applications, which has seen them win the hearts of most customers.

The intriguing fact about the app is that both the drivers and riders are profiled using facial recognition to ensure the safety of their clients. There are various ways to pay for your trip, which include: Paying using cash Paying using the wallet (The Ybank) Paying using your card.

The inDriver was launched in February 2019 in Cape Town, but with time, they have managed to make their way to cities such as Johannesburg and Durban, among others. The app came at a time when some of the taxi apps were believed to be pricier, especially with the economic situation of the country.

This application was unique because a customer would now have a hand in bargaining for the best prices is available. The service is known as Real-Time Deals (RTD).