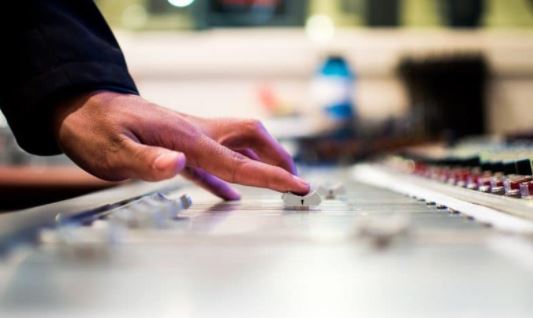 The development of South African house has given an enormous boost to the local music scene.

Making it a popular export in neighbouring countries like Zimbabwe, Botswana and Namibia – where local producers have also added their own twist to the sound.

House song is a type of electronic dance music that has a strong and regular beat. In South Africa, it keeps evolving and has made a name for itself on the international scene.

Music In Africa has compiled a dynamic playlist list of the top SA house songs of 2021, in no particular order.

The playlist also includes songs that were released last year and are still trending in 2021. The playlist will grow as the year progresses, so make sure you bookmark it for your continuous listening pleasure.

This hit song by Master KG is one of the best-sung songs in South Africa. Published on the YouTube channel on the 19th of March, 2018 by Openmic Productions, the song has gone viral to the extent of attracting well over 8.5 million views. This is one major feat that only a few of the South African house artistes have ever attained.

After lots of anticipations from his fans, Professor’s album “Brand New”, where he featured Fey and DJ Micks, became a banger that spread like wildfire. Since it was published on the 19th of April, 2019, the song has garnered over 5.5 million views. It is just so amazing how the song plays out the power of love when it is real and original.

Ntombi by the South African singer and actor NaakMusiq is one of its kind. The song is a love song that showcases a man who desires a chance from the one that he loves and so, pleads for a chance to “just take this thing much deeper”. The South African house music “Ntombi” featuring Bucie has as much as 3.3 million views.

With the result that this high-flying single “Emazulwini” made, it is without a doubt that the South African Afro House playmaker DJ Ganyani is not winding out but waxing stronger.  The track keeps rocking the nooks and crannies of South Africa and beyond. In less than a year, it has amassed a whopping 2.8 million views.

From the star-artiste Master ChengFu, Umcimbi is a track that has received lots of accolades, which is an an evidence of its instant acceptance from the lovers of South African house music. In this song, the collaboration of multi-talented DJ Master ChengFu with Lelo Kamau granted them the opportunity to unleash their depth of abilities to push up the music entertainment to its next level.

Holly Rey did an exceptional job with the release of this single titled “Deeper”. It is a song that represents how love-drunk one could be and the need to let the one you love know about your feeling. Deeper” has exciting vibes, and it is free from nudity and twerk. The song has more than 5 million views since it was uploaded to the YouTube channel on the 31st of May, 2018.

That the song featured the likes of David Guetta and Delilah Montagu is one thing that helped make the success to be much pronounced. Anyone whose heart has just been broken by the one he or she loves will quickly connect with the lyrics of the song. It has over 23 million views since it was uploaded to the YouTube channel on the 24th of August, 2018.

One of South Africa’s hottest artistes Prince Kaybee dominated the airwaves after he released his single which he titled “Banomoya”. The hit-single which featured the talented singer Busiswa as well as sensational group TNS went on to establish Prince Kaybee’s position as one of South Africa’s indomitable talented artiste. the moment it was uploaded to the YouTube channel it has more than 9 million views.

Here is a compilation of some of the best South Africa house music hits that you would enjoy so much.

It has a mixture of many of your favourite house music artistes like Liquid People with the song title “Son Of Dragon” and DJ Tira in the single titled “Happy Days” where the likes of Zanda Zakuza, Prince Bulo were featured. Dladla Mshunqisi’s “Amalukuluku” featuring Professor and Master KG’s “Skeleton Move” are also not left out. This song is worth making your moments in 2019.