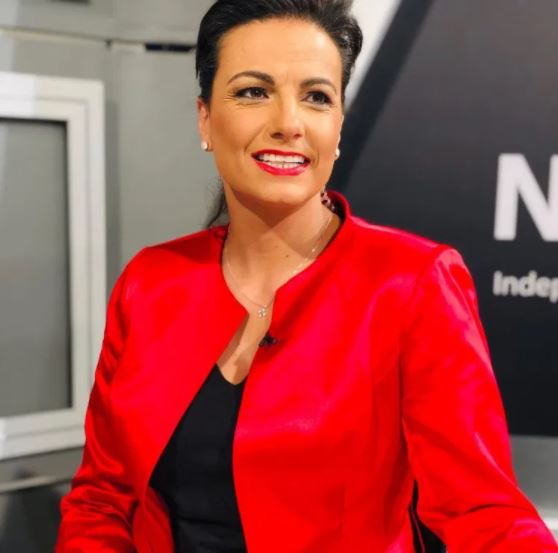 Leanne began her career at Radio 702 as a news anchor. She later joined the Johnnic Publishing’s African Business Channel, where she served as a news anchor for Classic FM.

She also worked for other top radio stations such as East Coast Radio, Radio Algoa Live, and Jacaranda. Her TV career began at Summit Television as a news anchor. This opened up more opportunities for her as she started hosting Business Focus and Business Update on SABC 3.

Around the same time, she was selected to be the National Anchor for the 2004 elections, as well as the Presidential Inauguration.

Throughout her career, this talented beauty has had the privilege of interviewing numerous highly recognized people such as top entertainers, businesswomen and men, and politicians from all over the world.

The 45-years old presenter has always had a beautiful, charming, and lovely personality. Her professionalism and in-depth knowledge of different matters are one of the key factors that have led to her massive success.

The latter is blessed with a beautiful family to spend time with when she is not working. Leanne Manas husband is Marc Menelaou, with whom they have two gorgeous children together. Their names are Alexandro and Gabriella.

She is a qualified journalist, as she holds an Honors degree in English and Communications, as well as a diploma in Drama and Speech teaching from London Trinity College. She also has a postgraduate certificate in Economics Journalism from Rhodes University. During her spare time, she teaches TV skills at On Cue Communications.

In 2004, Manas became the presenter of SABC 2 Live morning show, the longest-running breakfast program in South Africa. To date, she is still a dedicated host of the lovely and exciting show.

Back in 2007, she was attacked by four armed men after getting home right before 6 pm. After they had left, she managed to free herself before rushing to the bathroom and locking herself up.

Leanne Manas is truly a force to reckon with. Prior to her dedication so far, the latter has been nominated as one of Cosmopolitans most awesome woman in 2008, South Africa’s favourite Celebrity in the You Magazine awards and Sanlam’s Business Journalist of the year awards in 2002.