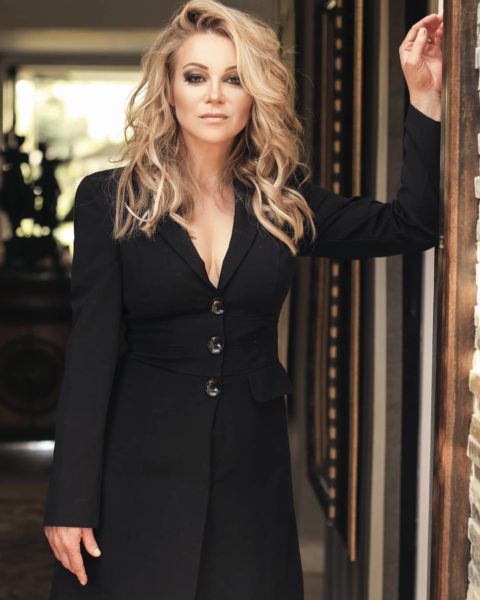 The first significant singers to record in Afrikaans were Ada Forrest and Annie Visser way back in 1908. Since then, Afrikaans female singers have increased in number and honed their craft to fit the masses, and the Afrikaans music scene is only getting better with time.

Lianie May was born on the 2nd of August 1976 in Vereeniging, as Lianie Oosthuizen. Lianie got married to her manager, Barry Lube, in September 2017 after being engaged to him for almost ten years before the marriage.

Laurika Rauch was born on the 1st of November, 1950 in Cape Town, South Africa. She is one of the greatest South African singers female because of the role that she played in reviving Afrikaans music in the late 1980s.

Laurika is known to perform in Afrikaans and English as well. She has had the opportunity to represent her country internationally by performing in Belgium, Frankfurt Czech Republic, and London.

Amanda was born on the 23rd of July 1956, at Port Elizabeth in the Eastern Cape, South Africa. She is one of the famous South African female artists who do way more than just singing. She dabbles as a cabaret performer, songwriter, she writes her plays, and on top of all that, she is an actress. Amanda cannot read a word of music and has also never had any formal, professional training for singing, and still, she does so well for herself. Amanda studied drama at the University of Pretoria and graduated in 1978. Some of her prominent works include the compilation album she released in 2000 ‘Ek Loop die pad, 20 jaar’. This album celebrates her 20-year career in music.

Karen was born on the 10th of August 1978, in Brussels, Belgium as Karen Louise Greef. Her father was a South African diplomat; hence, they later moved back to Johannesburg.

Yolandi Visser was born on the 1st of December, 1984 as Ari du Toit at Port Alfred, South Africa. She is a very successful singer, rapper, songwriter, and actress. She is the female vocalist of a rap group called Die Antwood which she formed together with a producer, God, and another singer Ninja. Yolandi has a daughter who was born in 2006. They have their record label called Zef Recordz. Some of her famous songs include Baby’s on fire, Pitbull terrier, Alien, and many more.

Nádine is a force to be reckoned with. Born on the 28th of February 1982, this singer started her career in 1997 when she was still a teenager. Nádine is a singer as well as a presenter, and the song she is famous for is Kaapse Draai. Nádine has released 12 albums up to date and still counting. 2 of those albums certified platinum and another four certified gold. To further solidify her stance as one of the great musicians, Nadine had performed with the spice girls and Billy Ocean back in 1997, and in the audience, there was Nelson Mandela and Prince Charles.

Juanita is a household name in the Afrikaans artists’ music community, and this is because her career has been on a steady rise since she started singing back in 1998. Juanita was born on the 26th of April 1972 in Windhoek, Namibia. Her hit song Ska-Rumba shot her to fame, and she has won several awards for it.

Karlien van Jaarsveld was born on the 21st of December 1985, in Paarl, SouthAfrica. It is safe to say that she comes from a musical family because her brother Bobby van Jaarsveld is also a well known Afrikaans musician.