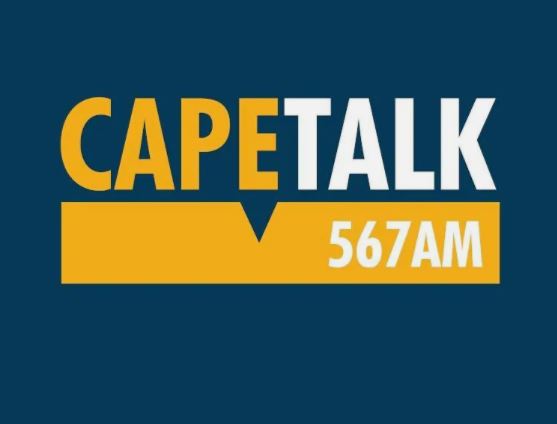 It is a commercial radio station that broadcasts news which includes politics, business, sports etc.

The station also hosts interactive shows that allows listeners to be part of its programmes which has also contributed to it’s large fan base.

The popularity of the station can be attributed to its carefully planned out programmes which is tailored towards the interest of its listeners and it’s talented presenters who work hard to keep the station afloat.

These presenters play a significant role in contributing to the increasing fan base of the station.

Presenters of Cape Talk radio
1. Sarah Jayne King
Sarah Jayne King hosts the CapeTalk Classics by midnight. During her program she entertains listeners with nuggets of wisdom and keeps them abreast of international matters. Sarah graduated as a law student from the United Kingdom but later abandoned her Law degree and went ahead to enroll for a Master’s degree in Journalism. After her Master’s program, she got employed as a junior journalist in London but later came to South Africa to pick up a role as a senior editor in eNCA and then as a presenter with Cape Talk.
2. Xolani Gwala
Xolani Gwala was in the media for two decades, he ventured into the media while he was a student at KwaZulu Natal Technikon. After he graduated he worked as a newscaster and later went on to work for other radio stations. He steadily rose to become of the biggest radio personnel in the country before he died. Before his death he worked with Talk Radio 702. He succumbed to death after having fought cancer for a long time.
3. Kieno Kammies
Kieno Kammies is famous for hosting the Breakfast Show on Cape Talk where he talks about the less fortunate in the society, and asking difficult questions that challenges his own opinion. He has been presenting for more than two decades and has worked with several radio stations, Jacaranda FM inclusive. As a veteran journalist, he has also patterned on a project with BBC. S
3. Pippa Hudson
Pippa works as an anchor of the lunchtime show this was after she first worked with Cape Talk 702 Eyewitness News Team. She started her career as a newscaster with Classic FM and relocated to Cape Town years later to work as a station manager years. She is one of the highly respected broadcasters in the industry.
4. Lester Kiewit
Lester has worked with Cape Talk for more than a decade, he was born and raised in Cape Town. He joined Cape Talk radio in 2004 as an intern and has risen to be one of the most prominent in the country. Aside from working with Cape Talk, he has worked with eNCA and etv news. He hosts the midday report show on the station.
5. Buhle Madulini
Buhle hosts the Afternoon Drive on Cape Talk with Joanne Joseph. He is a sport journalist and also hosts sports shows like Sports Talk. He first worked with SuperSport Blitz in 2015, then later as EWN sports reporter in Primedia.
6. Aubrey Masango
Aubrey quit his corporate job to start a retail business in Mamelodi his home town. He ventured into the broadcasting sector as an entrepreneur and has risen to be one of the best in the industry. Aside from being a radio presenter, he lectures at various tertiary institutions and gives keynotes and motivational speeches on various self-development issues. He is also a voice over artist, facilitator and master of ceremony.
7. Africa Melane
Africa Melane hosts the Early Breakfast show on 702 and Cape Talk. On his show he discusses international and local headlines. His show airs on weekdays from 4:00 to 6:00. He was trained as an accountant but his passion led him into the media.
8. Refilwe Moloto
Just like Africa Melane, Refilwe Moloto also dumped her career has a financial analyst to follow through her career in broadcasting. She hosts the Breakfast with Refilwe Moloto show and during one of the segments she discusses daily financial nuggets with her listeners.
9. Abongile Nzelenzele
Abongile Nzelenzele is another one of the Cape Talk radio presenters who passion led into broadcasting. He left his human resource career to become a presenter. He is famous for his adventurous nature and his zeal to motivate others as the day kicks off.
10. Bruce Whitfield
Bruce is renowned for hosting The Money Show. He is an award-winning financial journalist whose creative and engaging presentation makes money matters accessible to a broad audience. He graduated from Rhodes University with a Journalism degree and has been practicing for more than two decades.