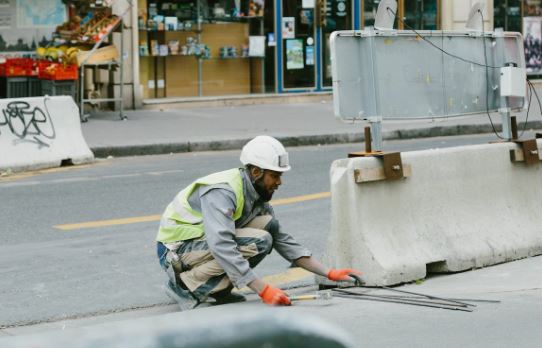 A country is adjudged as being good by how well it can cater for the welfare of it’s citizens.

The welfare of the citizens is not restricted to the basic psychological needs of life, but they also extend to the availability of infrastructural amenities in the country.

Providing good roads is one of the ways of increasing the quality of life of the citizens of a nation. Good motorable roads help to lessen the chances of accident and other road hazards that can be encountered on the road.

In the last couple of years, South Africa has been affected by the delay in some of it’s road construction projects which has caused an economic setback to the nation.

To salvage this setback, the government has launched an initiative known as the National Development Plan.

1. WBHO Construction (Pty) Ltd
This top South African construction company dates back to 1970 when it was first launched in the building industry. The company was originally called Wilson Holmes (Pty) when Brian Holmes and John Wilson first founded it. Then in 1983 it was merged with another company and was renamed Wilson Bayly Holmes (Pty) Limited, however, in 1994 it was merged with another company and became WBHO, which is still it’s present name till date.
WBHO specializes in building construction, earthwork services, civil engineering and road constructions. The company has remained relevant in the industry because it is driven by a team of focused professionals who are experienced and well-equipped to perform any task efficiently. The company has executed several giant building projects in the locality wi several in Indian Ocean islands and the Middle East. Currently, WBHO is proudly listed on the JSE or Johannesburg Securities Exchange, and it boasts an annual turnover of $669M. It has offices in Port Elizabeth, Durban, Capetown, and Johannesburg.

2. Raubex
Rubex is a South African construction company that has risen to become a leader and an international player in the building market. The company was established by Mr. Koos Raubenheimer in 1974 and has stayed at the top of it’s game for almost four decades. The country expanded it’s market beyond the South African shore when it secured projects in in Zambia, Mozambique and other neighboring countries. 10% of it’s revenue is generated from outside South Africa. Some of the major projects undertaken by Raubex include: Canyon Rock Quarries, Road Surfacing, , SPH Kundalila, B&E International, Aliwal Dolorite, Queen’s town Quarry, National Asphalt etc.

3. WK Construction
WK construction is an expertise in building and constructing town roads, general roads, earthworks, pipeline molding, crushing, screening operations, and public infrastructure development. This construction company has also being in existence for more than forty years, its distinctive track record as a building and engineering company as earned it this remarkable recognition.
The company has worked on and completed projects like The Western Aqueduct project, it is however particularly known for making pipelines with large diameters of up to 3000 mm. It is also one of the building firms that is an accredited member of the South African Federation of Civil Engineering.

4. Group Five
Like most other construction companies, Group Five was also launched in 1974. When the company was established, its primary purpose was to deliver the best of engineering solutions and the most quality of infrastructural projects. This company has a wide range of clients, and they are extended beyond countries on the African continent to others like Russia, US etc. Group Five currently has over 8,500 employees and has experience operating in over thirty countries.