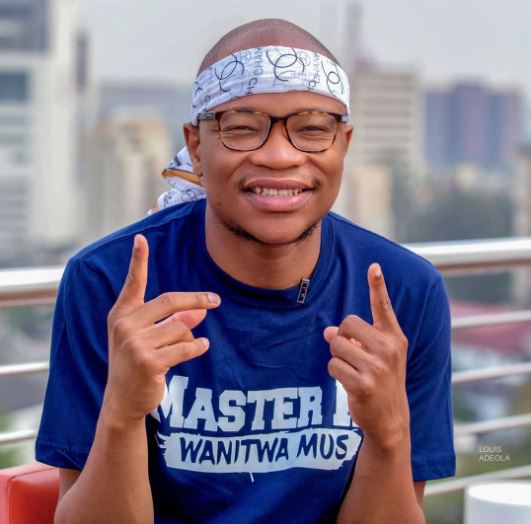 Generally, if you are a lover of any genre of music, you must have come across some big South African names, be it in reggae, soul, RnB, hip hop, or even the traditional types of music.

South Africa is home to some of the most fearless individuals who do not hesitate to express themselves through art. As a result, indigenous music genres have grown and spread to other continents.

Amapiano music, for instance, draws its roots back to the country, and to think that it has become an international craze is intriguing.

It is impeccable to think that young South African artists are receiving worldwide recognition. The best part about it is that these are new artists who have worked hard to express themselves through music.

This list provides the names of the leading musicians in South Africa whom you ought to keep tabs on.

Who is the most popular musician in South Africa? South African record producer and musician Master KG is arguably 2020’s most impressive artist. He took the world by storm when he released his Gospel upbeat, Jerusalema, featuring the talented Nomcebo Zikode. The track was followed by the influential #JerusalemaChallenge spawned by dance moves from countries worldwide. 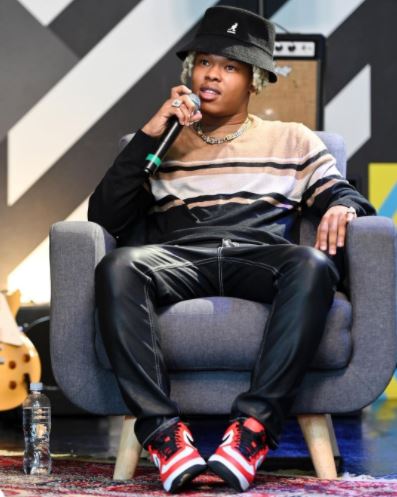 At the beginning of 2020, South African rapper Nasty C inked a deal with Def Jam Recordings, which significantly impacted his career. He leads the pack of forward-thinking rappers emerging from South Africa. 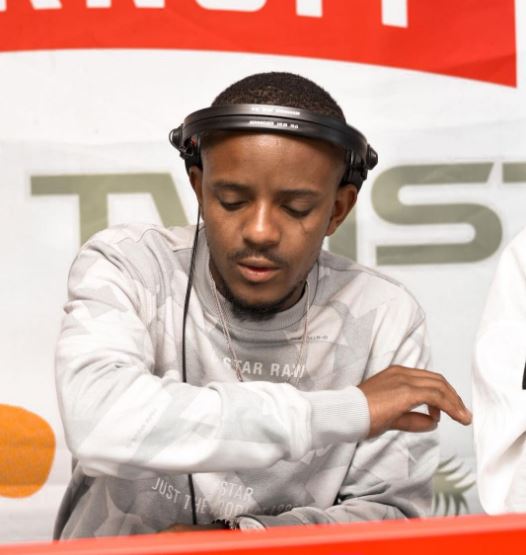 Kabelo Motha, popularly known as Kabza De Small, is one of the most influential South African artists and would easily pass for the best. Most people refer to him as the King of Amapiano and the pioneer of the genre. 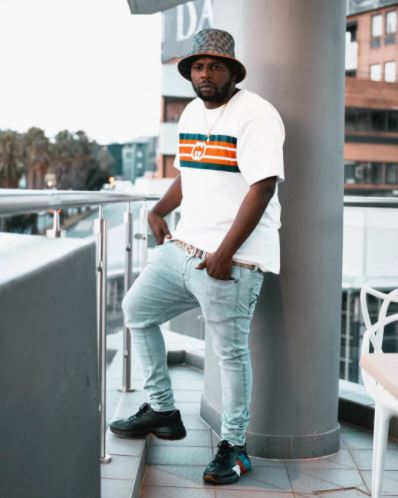 Themba Sokowe, popularly known as DJ Maphorisa, is another pioneer of Amapiano music. He has been making big moves ever since the genre took root in the country. His story might seem like an overnight success since one of his hits, Phoyisa, has been played all over Mzansi and even received a mention from EFF’s Julius Malema. However, his legit fans can attest that he has been on the scene for quite some time. 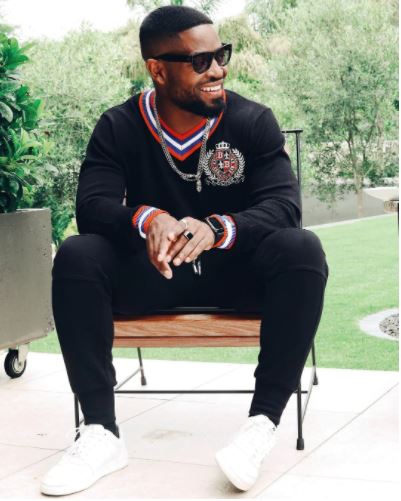 Prince Kaybee, a South African house artist, made an impression in 2020 with his hit song, Uwrongo. The hit made it to number one on several Mzansi radio stations and Radiomonitor’s South Africa Top 100 chart for a couple of weeks. The jam, which featured Ami Faku and Black Motion, attained gold status two months after its release. 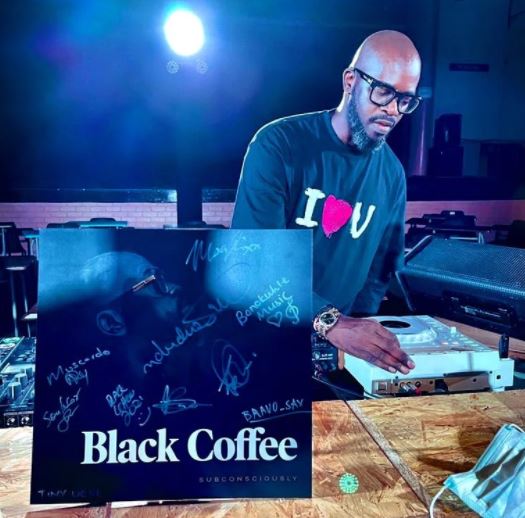 Nkosinathi Innocent Maphumulo, better known as DJ Black Coffee, is a talented, multi-faceted DJ and one of the most famous male artists in South Africa. He is an award-winning DJ, record producer, singer, and songwriter. 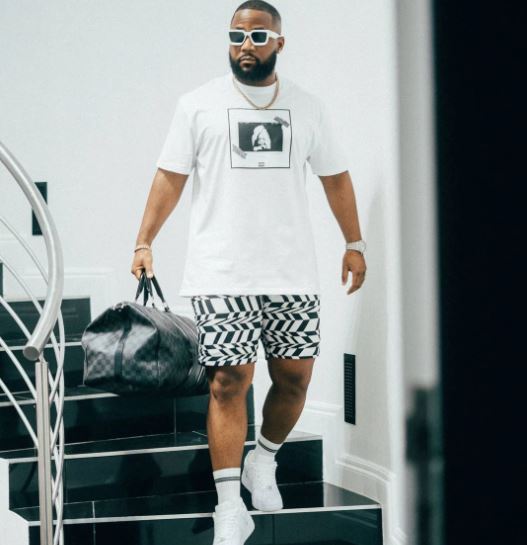 Refiloe Maele Phoolo, known to many as Cassper Nyovest, is a talented Mzansi songwriter, record producer, and entrepreneur. Born and raised in North West, he is considered one of the most famous artists in South Africa. 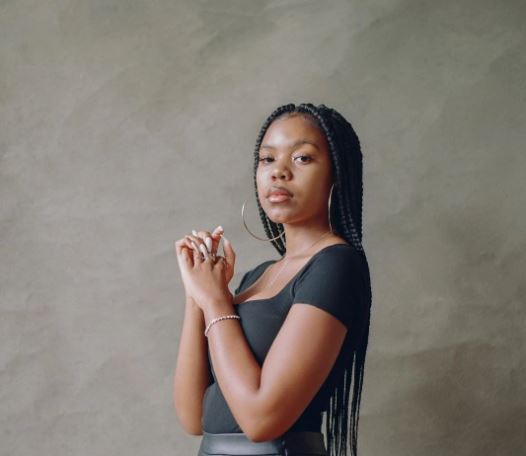 The melodic Elaine is slowly claiming her spot as one of Africa’s R&B voices. At the tender age of twenty-one, she has wowed the continent with her voice at an era when most artists prefer to resort to autotune. 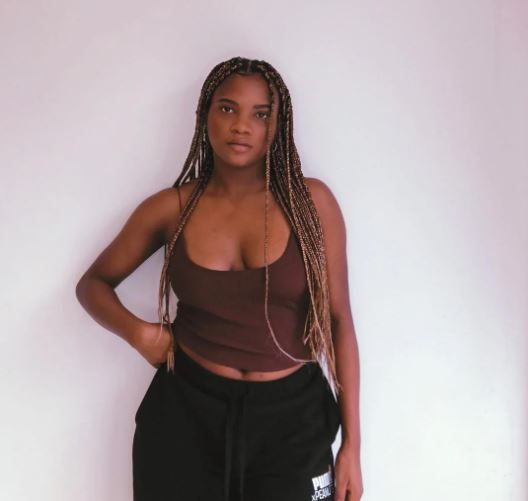 Five years ago, Amu Faku had no clue she would be a household name in Mzansi and command such a huge following. Currently, she is one of the most sought-after female sensations in the country, taking the not-so-much-exploited Afro-soul genre. Amu Faku has worked with notable artists such as Black Motion, Prince Kaybee, Blaq Diamond, and Sun-El Musician. 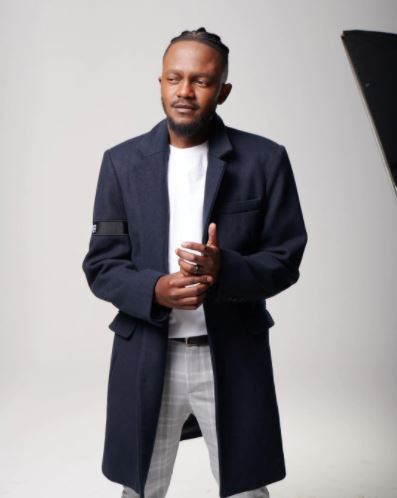 Senzo Brikka Vilakazi, professionally known as Kwesta, is a renowned South African rapper and songwriter. Thirty-two-year-old Kwesta is less than two decades old in the music industry, and his brand is cemented in the country. He is known for his rhythm and rhyme and his distinct baritone voice. 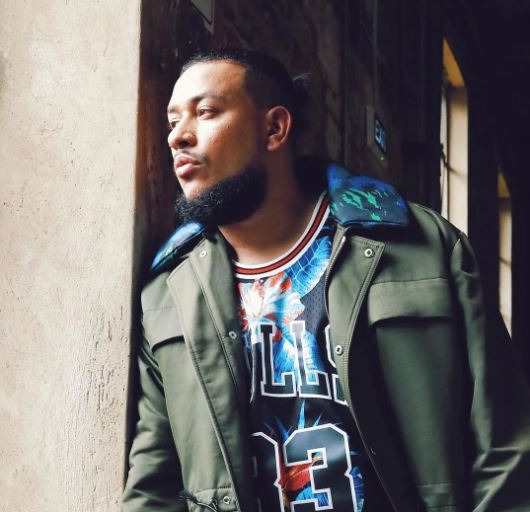 Kiernan Jarryd Forbes, known to many as AKA, is an established South African rapper, record producer, singer, songwriter, and entrepreneur. AKA has been in the music scene for close to two decades and has so far released four albums that have seen him bag awards. 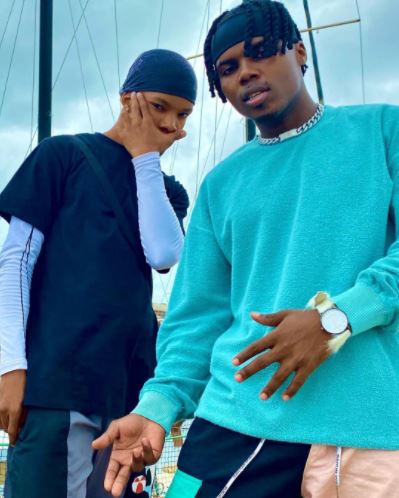 Blaq Diamond is a musical Afro-pop duo that has taken the Mzansi music industry by storm. Their first album, Inqola, earned them a nomination at the South African Music Awards. Their second album, Umuthi, came out in 2019, and one of the hits, Ibhanyonyi, earned the duo an award at SAMA. 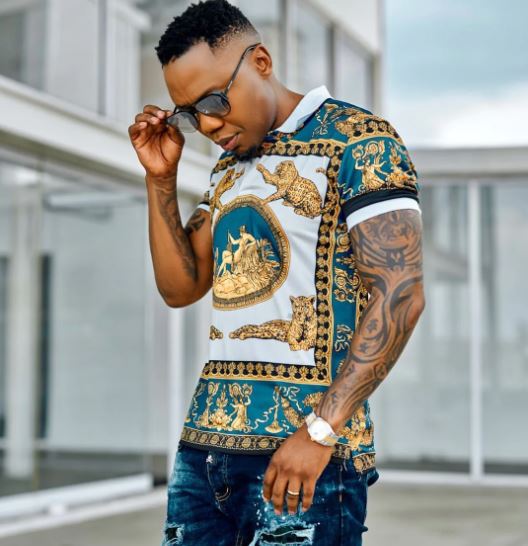 Mthokozi Khathi, professionally known as DJ Tira, is a Mzansi DJ, record producer, and Kwaito artist. He rose to prominence in 2000, although he has been on the scene for almost three decades. He is regarded as one of the founders of Gqom music. 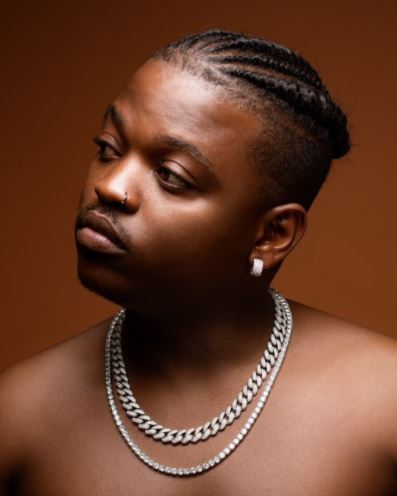 Lethabo Sebetso, popularly known as Focalistic, is another famous Mzansi artist who made big moves in 2020 that impacted his career. He is a recording artist and entertainer who made his debut in music in 2016. 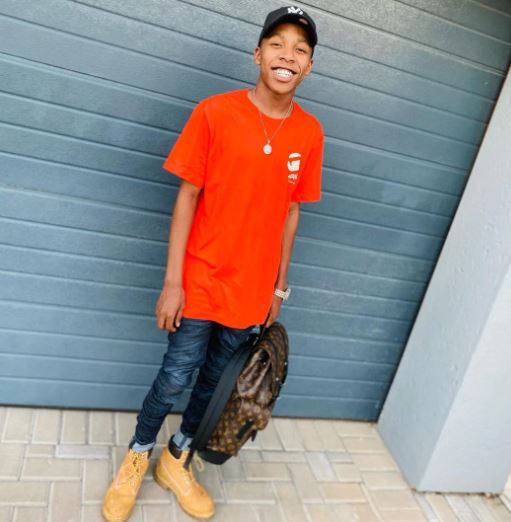 DJ Vigro Deep is another sensation who is making big moves in Amapiano music. He has worked with famous artists in the genre. He significantly contributed to DJ Maphorisa and Kabza De Small’s album, Scorpion Kings. To crown it all, he is an award-winning DJ. 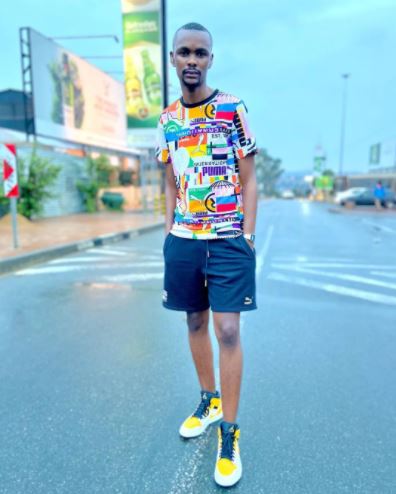 Tumeolo Ramila, popularly known as Semi Tee, is a talented artist affiliated with the Amapiano hit, Labantwana Ama Uber, which features Miano and Kammu Dee. He has also worked with Focalistic in hits such as Mercedes. He also featured in Kabza De Small and DJ Maphorisa’s Lorch hit. 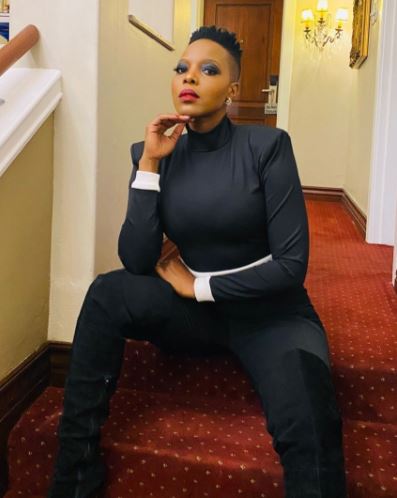 When she started her music career, Nomcebo Zikode did not imagine 2020 would be her year of breakthrough. The talented and fierce sensation featured in Jerusalema, the chart-topping single that the world cannot get over. 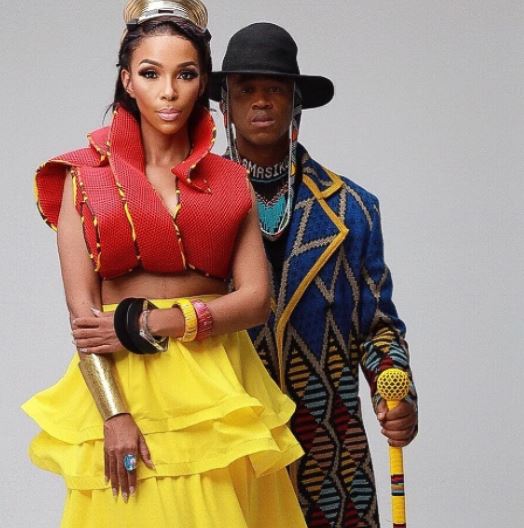 Mafikizolo is a South African duo that was formed in 1996. With nine studio albums, the award-winning duo is known to release one banger after the other. In 2020, they blessed their fans with Ngeke Balunge and Thandolwethu, hits that fans could not get enough of. 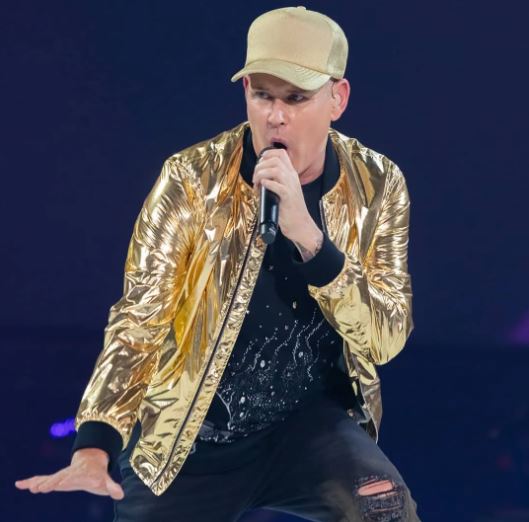 Francois Henning, popularly known as Snotkop, is a South African singer and rapper of Afrikaans. He has more than ten albums to his name and more than two decades’ worth of music experience. His most recent hit, Pens En Pootjies, has earned him close to five million views on YouTube. Snotkop is also a recipient of the best Sokkie Dans Album during the 18th SAMA Awards. 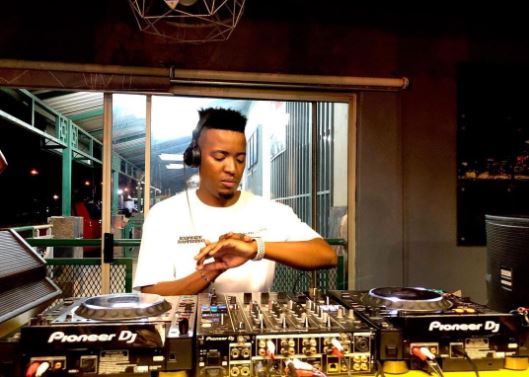 Sanele Sithole, famously known as Sun-El Musician, is a well-known Mzansi DJ, producer, and songwriter. He rose to fame in 2016 after the release of Akanamali, a jam he worked on alongside Samthing Soweto. He has released two studio albums, and Into Ngawe, a hit he released in 2019, was certified gold and later double-platinum. Ubomi Abumanga is one of his latest projects, and it features Msaki.