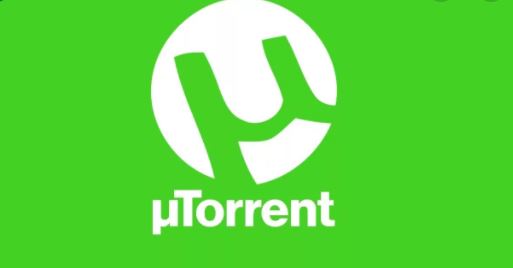 When it comes to sharing videos, movies, songs, games or books on a peer-to-peer basis, nothing comes close to torrent sites.

They offer easy access to digital content that would otherwise be difficult to find on the Internet.

Using torrent sites to download movies can be tricky if you do not know the right places to look. Some of the sites contain malware, and if your devices are not well protected, they can access your private information.

Therefore, it is recommended that you have antivirus software or a VPN with malware blockers or adblockers. In this guide, you will be introduced to the best torrent sites that you can use to share files in 2020.

The Pirate Bay was founded in 2003 and is among the most trusted websites found online. It is blocked in over 28 countries around the world, so if you want to access it from a blocked country, it would be advisable for you to use a VPN. Pirate Bay is also among the best torrent sites for games since it has a simple interface and an easy filtering system which enables you to specify what you want; this will save you a lot of time.

1337x has been there since 2007, and it has a loyal group of daily uploaders. You can find anything from the old movies to the latest music, movies, TV shows, and games. Als, it is among the torrent sites for Afrikaans movies. The website has a user-friendly interface, which makes it easy for you to look for any content. The content downloads contain information, such as the number of seeders, downloads, leechers, and when the moderators last checked the files.

YTS was founded back in 2011, and it mainly caters for movies from all around the world. It is very popular because of its high definition movies that can be fast downloaded. The website has movies that are favourable for anyone who has limited bandwidth because they have small sizes that do not compromise on the quality. Another great feature about the website is that the files are vetted; therefore, you can trust that you will not download dangerous malware. Nonetheless, a good adblocker or VPN with malware blocker would not hurt because of the pop-ups and page redirects.

Kickass Torrents was founded in 2008, and it has an extensive database and a loyal community of followers. For this website, TV shows and movies stand out, which means you can find your favourites quickly and download them without a lot of hustle. Each of the files gives a detailed description of its information, including whether a verified user uploaded it or not. This will quickly help you choose the best out of the selection that has been provided.

EZTV.io came into being after the shutdown of the original site when its new owners took over in 2015. The site is among the popular torrent sites for the TV series that are clean with a range of resolutions. However, the site majorly leans towards on older series rather than the latest releases. You will also need to torrent each episode since it does not provide the option to download full seasons.

RARBG was founded in 2008, and it is especially known for its high-quality video releases. Unlike many of the sites listed here, RARBG does not allow the general public to upload; only its verified moderators can do so, which makes it to have a smaller collection of files in comparison to the rest. It is among the main torrent sites to download software from.

Repacks Fitgirl is home to cracked versions of commonly played games. The site publishes its files and also publishes some on other sites.

Zooqle was founded in 2013 and is quickly gaining popularity because of its large database. The site’s main focus is on TV shows and movies, but it also has a wide array of games and software. It is also among the best torrent sites for Ebooks from its wide range of selection.

LimeTorrents was founded back in 2009 and has nearly 10 million torrents. It has several categories and is among the top torrent sites for music albums, free movies, TV shows, and games. The site leans towards the latest releases with many seeders.

TorrentDownloads was founded in 2007, and it has among the largest databases on the internet. It is the go-to site if you cannot find some files on any of the other sites listed. It has a simple to use interface that has an advanced search filtering system that allows you to search by status and category.