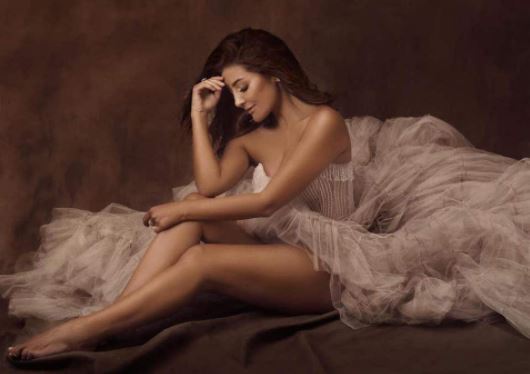 Jeannie D is a goddess. She is blessed with a sexy body, a beautiful face, and an angelic voice.

She has all the qualities that any man would ever wish for in a lady. Her rise to the top has taken her hard work and resilience. The icon that you see has taken many risks in life. Here is all you need to know about her.

Jeannie D has left a mark in every venture that she has tried. Her career started when she was young when she learnt the art of taking risks and going for her dreams.

There are more beautiful things you’ll definitely love to know about the presenter, here are the top 10 facts about Jeannie D:

1.  She was born on the 13th of April 1982; hence, her age as of date is thirty-seven. She was born in Johannesburg and spent her childhood life there.

2. As young as twelve years old, she went to an audition for acting at the National School of the Arts (drama). While she was there, she got the chance to perfect in her voice and her acting skills.

3. She enrolled at Rand Afrikaans University where she pursued a Bachelor of Arts in Communications. While at the university, she won the title of Miss Rau in 2002.

4. She landed a job as a presenter on Good Hope FM and  started with the graveyard shift. Later on, she grew to become a newsreader. Her consistency later on earned her a great show, The Jeannie D show on Good Hope FM.

5. In 2006, she chose to quit her role at Good Hope FM to pursue her television career. In the same year, she had the admirable opportunity of interviewing celebrities like; Jimmy Choo, Laurence Fishburne, Jonathan Rhys-Davies, Kevin Spacey, Kate Bosworth, Keanu Reeves, David Gray, and Sandra Bullock.

6. Her acting skill flourished when she featured in a film, Mercenary for Justice. In this film, she played the role of a bank teller. The film did so well in the country.

7. The influence she had in the Top Billing show earned her a chance on the Top Travel show in 2008. She joined prominent presenters like Michel Mol, Jo-Ann Strauss, Nico Panagio and Janez Vermeiren.

8. Jeannie D perfume is a line of perfumes that she launched in 2013. The perfume is from Switzerland, although it is packaged in Durban, South Africa. She also owns a gin company called The Finery Gin.