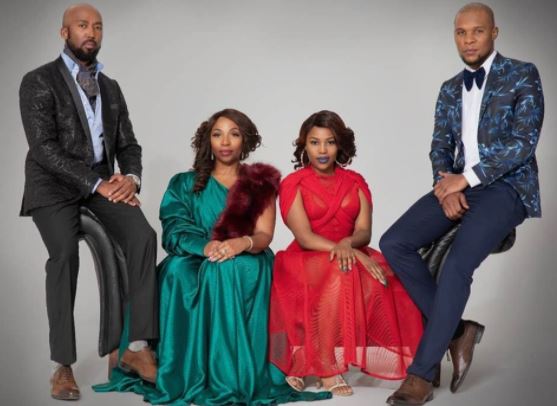 Nothing gives a sense of fulfillment more than ending one’s day with excitement, and interesting enough, any time you watch Muvhango, there is something humorous that will keep you entertained.

Soapie fans across the nation can attest to the entertaining scenes that are packed full in each of the episodes of this fantastic soap opera, which is why the teasers keep amassing more viewers every day.

The dynamism and professionalism of the production team have made the Tv series irresistible.

While you should not be left out in watching this television drama series, here are highlights of what to expect in Muvhango teasers February.

Mulalo destroys whatever proof that may get him back to the top, and Warona finds a file that gets him troubled, but the contents of the file are not known yet. Also, Matshidiso encourages Dr Molefe to closely watch the prize.

Gizara almost gets caught for snooping around the old village of Vho-Masindi, and everything points to the fact that Mulalo wants to probe into what Maine said earlier. At the same time, Matshidiso’s trap catches KK, even though he does not know. Unknown to Warona, the file she feared holds something good for her.

Mpho’s vision disturbs him, and what Maine says about Mulalo ends up being true. Warona has a fresh start, while KK yields to the present state of things with an understanding that the display of weakness will mean nothing.

Mulimisi finds out what is behind the impending danger around the royal house, and Warona discusses having an upgrade. The information KK was trying to hide loots to Kgosi.

Teboho makes Mulalo do the unthinkable, which makes them consider another Maine. Warona and her sister go to car fish around. Also, what KK is diagnosed with gets him troubled, especially while narrating the whole story to his son.

Mulimis’s prophecy stuns the royal family as KK requests Matshidiso to do something unimaginable, and Warona does what she thinks is best for her.

Azwindini feels uncomfortable with the way the royal family handles Mulalo’s threat. KK’s sexual attraction to Matshidiso troubles Kutlwano so much, and Warona refuses to admit the big mistake she made.

Mulalo and Azwindini’s decision is not inconceivable. KK corrects everything he had done wrong and hopes to have a peaceful outing. What Warona decides to do might be a mistake of a lifetime, but she has Marang as her saviour.

Nobody from the royal council gives ears to what Mulalo is asking for, and KK could not hide his health issues as the symptoms are visible for all to see. Warona realizes that she might have made a big mistake by buying a lavish and expensive car.

Mulalo is cautioned not to pursue the chieftaincy again, and Kgosi remains kind to Warona. At the same time, Matshidiso cleverly sneaks out of a potentially dangerous confrontation. Vhakoma lets the royal house know where the shoe pinches her the most.

Mpho’s discovery of what has disappeared from the throne room shakes the royal house. Kutlwano and Matshidiso carefully consider why Marang snoops around, and Warona ends up in trouble after abusing the kindness she gets from Kgosi.

The royal house is left in shambles after the cloak disappeared without a trace of the thief. Matshididso manipulates Marang while trying to keep her, and Warona is desperate to get another job.

Vho-Masindi and Vho-Mukondeleli’s desires clash, while Marang and Matshidiso become friends but the genuineness of their new friendship is not known. At the same time, Warona plans to step up her lifestyle.

Something unimaginable happens in the royal house, and then Nethathe suddenly disappears. KK’s health deteriorates so that he falls while a business meeting is going on. What Mbali learns yields results as Warona drives in more attention.

Nethathe flees the throne as Azwindini’s brother gives him an unexpected answer. At the same time, Matshidiso comes up with a plan against Marang, and Warona receives news that makes her happy, although her counterparts think she is not sensitive because of her new way.

Everyone in the royal house seems to be at a standstill, and Mulimisi claims that the ancestors are behind that. KK’s rash decision jeopardises Matshidiso’s plan. Also, Warona finally gets the attention she was waiting for as a result of her new lifestyle.

KK either recovers soon or starts to expect his death, and the financial challenges of Warona force her to do something unimaginable.

Everyone in the royal house finally learns about Vho-Masindi’s secret, while KK’s chance of finding out why Matshidiso is sick gets the latter afraid. After Warona finds out that she needs more cash, her efforts end in futility.

Kutlwano and Matsidiso fear that everything might be over for them soon, while a vicious social media troll gets Warona unsettled. Mulimis finds himself in a difficult situation without knowing whether to fake things for the chief or not.

Tendamudzimu’s leverage against Azwindini is dangerous, and Matshidiso finds herself in a highly precarious state after discovering that KK is on the verge of finding out something. The social media hater of Warona gets her demoralised.

Take out some time to watch the soapie from Mondays to Fridays on SABC2 at 21:00.