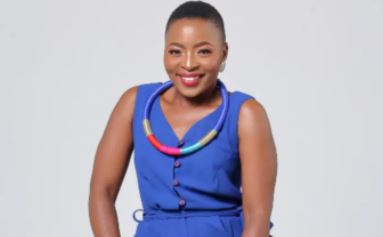 The veteran actress has carved a niche for herself in the industry through her outstanding acting skills and her sonorous voice. She first appeared on screen in 2003 when she played a cameo role in Soapie Backstage.

Then in the first season of the SABC1 soap opera, she played the role of Mbali, a young college design student in 2004. Also in 2005, she was nominated as the Best Actress International Emmy Award based on the roles she played in SABCI’s Home Affairs.

In the drama, she acted the role of a character who was a dedicated drama student but struggled with her identity because of her black skin color.

Despite her feats in the movie industry, Lerato prefers to be identified as a singer.

Her music has been largely successful, coupled with her sonorous voice and the valuable messages which her songs communicate.

When she released her single titled Sthinghing, she said the song was motivated by men who maltreat their families and treat them like they do not matter.

Lerato is a mother of two girls, she and her ex, Siyabonga Radebe could almost be described as a perfect couple before Lerato summoned the courage to walk out of their relationship because he was cheating on her.

Siyabonga Radebe who is well-known comedian and actor apologized via his instagram account for failing as a father and a boyfriend.

Mvelase has a brother who is also in the spotlight, ProVerb. He is an Idols presenter and a rapper.

She was born in Diepkloof Soweto, and matriculated at Sacred Heart College in Johannesburg, and she Lerato obtained her degree in 2002 at Wits University in Drama.

Lerato is the police officer who became third wife of Mpiyakhe Zungu in isibaya, and she also has appeared in movies like; Home Affairs, Shreds and dreams etc.

She continues to be an amazing source of strength and a great icon on screen.