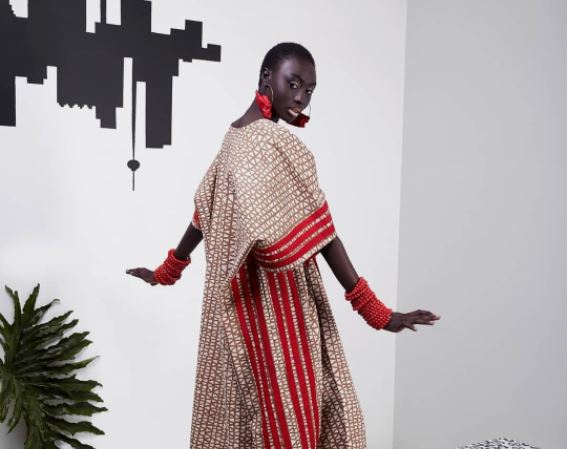 Life is wrapped around fashion, because our identity has a nation is reflected in how fashionable we are. All across the globe, the fashion industry is a highly competitive one. But despite the competition, designers in South Africa have been able to penetrate this industry and stand tall amidst it.

They have taken the face of fashion in South Africa to a more sophisticated level through their beautiful prints, quality fabrics and spectacular designs.

Their efforts are laudable because they have helped to keep the African fashion alive, and so they should be acknowledged for their wonderful contributions to the industry. These are a list of the top designers in the country.

1. Palesa Mokubung
Palesa Mokubung has set the trend for one of the most marketable brands in the country, her brand Mantsho, has had some of the best breaks in the fashion world.
Palesa who is one of the most influential fashion designers in the country has her accomplishments largely accredited to her Bachelor of Arts degree in Fashion design, her passion for her and her innovative personality. Her fashion line which was launched more than ten years has given her the honor of working with one of the most sought-after labels H&M, and has also opened her up to opportunities in the international markets with countries like Brazil, China, Russia etc. She is still relevant today, thanks to her creative and un-daunting spirit.

2. Jacques van der Watt
Jacques van der Watt is another trend setter in the fashion world; he sets amazing fashion trends that are unique and highly creative. Watt specializes in playing around with traditional South African patterns to come up with some of the most unique and fashionable pieces. His brand Black Coffee is a testament of his creativity. This brand was largely influenced by the SA fashion designers week which held in 1999 which he partook of.
One of his most recent designs is what he called the pendulum. The collection is an expression of his ingenuity; it seeks to bridge the gap between gender dressings, and also expresses integrity and commitment.

3.Anisa Mpungwe
Anisa grew up in South Africa even though she was born in Tanzania. She started building her career at the age of 19, by first working for fashion houses, magazines and factories. She then later on settled to establish her own brand – Loin clothes and Ashes. Her brand is an exquisite blend of modern and African print, and she was inspired to start it because she hopes to tell her story through it.
Anisa’s brand has collaborated with famous brands like Samsung, MRP, Bobbi etc. and she has also showcased her it at various fashion weeks performed in different countries like; Mozambique, New York, Italy etc.

4. Thula Sindi
Thula Sindi is exceptionally skilled in the art of fashion, he is one of the South African designers who is highly recognized in the international sphere. He graduated from the London International School of Fashion, and has wealth of experience working with textile industries. His clothes are his center of attraction and they have placed him among the most influential designers in SA.

5. Marianne Fassler
Marianne Fassler has been making waves in the fashion industry for close to thirty years, there is no complete top fashion designers list without her name on it. Her style is diversified and elegant. Marianne makes a wide range of outfits to suit different occasions which range from corporate wears to elaborate wedding dresses.
She operates her fashion business from her workshop in Leopard Frock Saxonwold, Johannesburg.

6. Linda Gale
Linda’s fashion brand Stitch and Steel, is a sophisticated collection of bright colored fabrics that are meant to accentuate the beauty of the African woman. She is presently setting the trend for Afrobougee items with her brand in Johannesburg, her outstanding creativity is making her one of the most sought-after fashion brands in SA. Her Stitch and Steel is an expression of her love for unique African styles that are highly quality and endearing. Even though she is primarily focused on the African woman, she has done a couple of male pieces for men.

7. Nkhensani Nkosi
Nkhensani Nkosi has not only dominated the Tv world as a renowned actress and Tv host, she has also become an household name in the fashion world. The multi-talented personality is currently flourishing in the Arts sector.
She founded Stoned Cherrie an award-winning cloth label in SA in 2000. The brand has been successful largely due to the fact that it has been able to express itself through it’s bespoke fashion fabrics, and several intricate fashion pieces that have been woven to create a master piece. Her designs have been embraced within and beyond the continent and it has made it way to runways where its been used to represent the country in competitions.

8. Wandile Zondo
This Soweto entrepreneur co-founded a brand called ‘Thesis Lifestyle’ with Galebowe Mahlatsi. He ventured into the fashion business as a business partner in 2005 because he desired to change the clothing retail shops in Soweto. Ever since the clothing line was launched it has been a raving success.

9. Zahnri Gertse
Zahnri Gertse is one of the youngest fashion designers in South Africa. She won the Edcon Design Innovation Challenge at the South African fashion week, AW19. Her brand, Virtue SA, is unique because it is an aesthetically designed street-wear tha is meant to provide the wearer with comfort.

10. David Tlale
David Tlale is one of the outstanding bold styles and fashion line the country. He also tops the list as one of the most influential. His fame has a designer is laudable across and beyond the African continent. His works have been showcased at the Cape Town Fashion week, New York Fashion week, Paris Fashion week etc. He has maintained relevance in the industry amongst the challenges due to his regarding and elegant styles.

11. Mzukisi Mbane
Mzukisi Mbane is changing the face of fashion in Cape Town through his fashion brand, Swagger Diaries which he founded in 2011. His brand focuses on telling the history of the African ancestors through unique prints and fabric designs.
Mbane’s story is unique because he is obviously following his passion. Has no background or training in fashion but he still he does 80% of his work. He however graduated from the university with a Bachelors degree in Commerce.
His brand has recently diversified into shoes and some of the most unique accessories.

12. Michelle Ludek
Michelle Ludek is one of the richest desginers in SA, she was trained as a fashion designer in North America and her designs her one of the most stylish ones. She is into netty sweaters, lazy shift dresses and other fashionable wears.

13. Bongiwe Walaza
Bongiwe Walaza inherited her fashion skills from her mother who was also a seamstress. She is an international designer who has worked with various textile companies like Da Gama textiles that are notable for producing shweshwe fabric. The fabric greatly influenced her design as her style is described as earthy.

14. Cari Stephenson
Cari’s brand, called the Tarts designs, is an expression of creativity using African prints and modern silhouettes. Her style is inimitable and different from that of other designers due to it’s sophisticated but simple sense and also for her use of wide-ranging colors to create something beautiful.

15. Laduma Ngxokolo’s MaXhosa
Laduma hails from the Xhosa community, and as a result, he derives inspiration for his style from his cultural background. His style is distinct as it comes out in the form of abstract patterns in his knitwear. He is one of the few designers in the fashion industry who have chosen to do things locally by buying some of the locally available materials for his line.