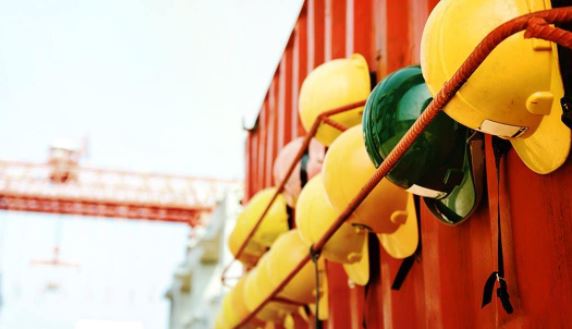 South Africa is the most developed economy in Africa and the second largest economy on the continent.

Construction industry in South Africa is a major contributor to employment and economic growth. However, in recent years the industry has been hit by financial difficulties forcing some of them to file for bankruptcy.

Although there are many building companies in South Africa, the majority of them remain unknown due to their low capitalization and inability to work on significant projects.

The article explores the leading construction companies in South Africa. Here is a quick list of them below:

WBHO Construction (Pty) Ltd is one of the leading in Cape Town. It engages in a wide range of activities ranging from civil engineering, building constructions, earthwork services, and road construction. The company is listed on JSE with an annual turnover of U.S. $669 M. In terms of revenue, it is listed among the top performers. In 2018, the company’s revenue increased to R35 billion. The increase was driven by the 18% increase in revenue which was realized in Australia, and about 32% increase that was achieved from the rest of the African continent. However, it is important to note that the revenue from South Africa decreased by 7%. The company’s profit before taxation stood at R 1,090,378,000,

It is one of the largest multi-disciplinary construction companies in South Africa. The company has over 12000 employees and can work and deliver on various development projects including infrastructure. It is rated at Grade 9 by the CIDB (Construction Industry Development Board) and boasts of broad expertise in a wide range of construction segments. The company carries its activities in the United Arab Emirates.

This is a company that mainly focuses on infrastructure development. It was founded in 1974 by Koos Raubenheimer. The group runs in 3 divisions, i.e., the infrastructure division, materials, and the construction division. By 1990, the company ventured in other African countries including Zambia, Namibia, Mozambique, and Botswana. It is one of the companies in South Africa that has enjoyed a long period of uninterrupted profitability. The development projects it has worked on include, Canyon Rock Quarries, Aliwal Dolorite, and National Asphalt among others.

It is a leading African building company that is dedicated to developing infrastructure and engineering solutions. The company was founded in 1974 and has employed over 9,000 people. It is based in South Africa, even though it serves clients from across Africa and Europe. Group Five has also established offices in USA and Russia. Also, it is one of the top construction companies in Gauteng. Group Five develops the real estate, energy, and infrastructure sectors. Its capability stretches from building, project development, and investment. Also, this company carries out maintenance and undertakes the supply of construction and manufacturing products.

For more than 125 years, Aveng has evolved in character and capacity, and it continues to make its mark across the globe. It specializes in modest building projects even though it is diversifying into steel, engineering, manufacturing, mining, concessions, public infrastructure, and water treatment. It currently operates in a diverse range of sectoral and geographic markets. Aveng is one of the most productive engineering company in Africa. It focuses on Africa and Australia but uses the market to leverage its activities in Southeast Asia and East Africa.