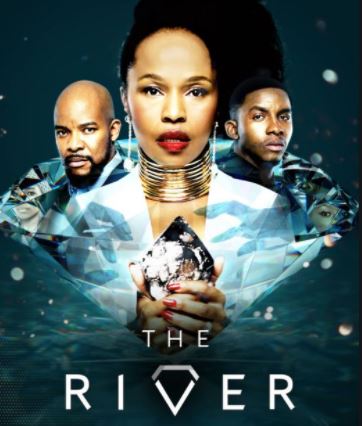 The River teaser is a jaw-dropping South African series that have gained so much popularity across the country. The Season 3 (on 1Magic) is the one of most the popular local soapies that has attracted many viewers.

Who knows what is going to happen to Kedibone? Read on to find out!

The River for July 2020 is finally here. What is going to happen to the cast of characters this season? Find out in this article!

Here are the latest ‘The River’ teasers for the entire month of July.

A beleaguered woman has to make a difficult decision when an enemy starts getting closer to her, and two romantic partners are surprised by their friends and relatives.

A couple has a happy moment cut short by sadness. Elsewhere, Lindiwe attempts to embarrass a relative into revealing her latest plot.

Kedibone is gravely shocked, and Nomonde and Veronica advance things to the next step.

Zweli struggles to rescue somebody she cares about as Kedibone is left emotionally hurt by the news she receives.

A lady decides to rescue the man she loves, and a spouse elsewhere gets an ultimatum that threatens to put an end to her marriage.

Kedibone puts her foot down to save somebody’s life, and Veronica and her partners pull off a big scam.

A well-outlined plan goes wrong when one of the involved people refuses to follow the instructions, and Kedibone successfully gets her voice acknowledged.

A young woman receives a harsh bit of news that she was not ready for.

Veronica gets some news, and Kedibone does everything possible to rescue somebody.

The Dikana family members live their best lives while one of them is suffering away from home.

Veronica has to sit down and think about a deal she made with somebody from the Dikana family.

Kedibone and Nsizwa venture into unfamiliar grounds for the first time. The Dikana family continues to live it up in their mansion even when one of them continues to suffer.

Kedibone and Zweli do everything in their power to rescue the people they care about.

The recent events are threatening to send Kedibone into a nervous breakdown. The Dikana family is divided following Lindiwe’s antics.

Kedibone comes up with a plan that will get everybody’s attention, and Zweli finds out more information about Nomonde.

The courage that Kedibone shows makes her a target. An enemy of the Dikana family is sent into a panic after finding out she is going to fail an influential business partner.

Kedibone causes Refiliwe to become bothered while Zweli comes dangerously close to losing another one of her children.

Zweli tells everybody farewell and leaves their hearts broken. Meanwhile, Cobra receives an unexpected guest that can change everything for him.

Cobra and Andile have their own separate but emotional reunions.

One of the characters fights to keep a secret from somebody. Elsewhere, Cobra finds out that being a parent is not as easy as it seems.

Njabulo receives some shocking information, and one of Cobra’s relatives makes an impression on Refilwe.

What happens to the characters this season?

Here are the exciting highlights of all the drama coming up in Season 3 of The River:

Kedibone – She does everything she can to save the lives of the people she cares about, proving she has a lot of character. This is despite everything seeming like a lost cause.

The Dikana family – This season, they are shown to be absorbed in their wealth and uncaring about their own. They celebrate and have parties in their mansion while one of them is suffering elsewhere.

The show airs every weekday (Monday to Friday) at 8 pm on 1Magic.