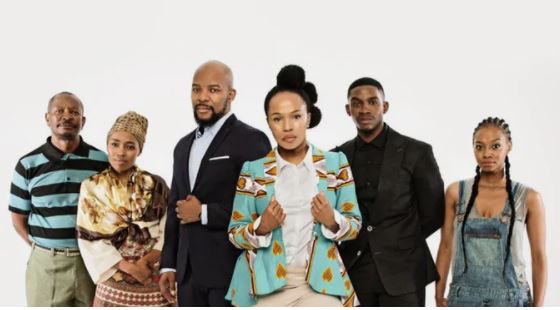 The River 1 on Mzansi Magic Teasers has captured the attention of many viewers with mind-blowing surprises.

A diamond discovery in the river running between the poor township of Refilwe and the affluent neighbourhood of Silver Lakes quickly turns from a blessing to a curse.

The rich and the poor will clash, shed blood, and expose secrets because of the diamonds.

Lindiwe has more enemies to conquer. Her marriage collapses. Tumi will not relent in the war against Cobra. Cobra gets a new job, and he is also trapped in a crime. Paulina dishonestly acquires diamonds.

Here are hints on what to expect from this telenovela.

The Dikana kids wake up to a sad morning

The Dikana kids are in trouble.

Where on earth will the Dikana kids find those who robbed them before their parents arrive? Tumi is adamant in her campaign against Cobra even though her life is hanging on the balance. She has to make sacrifices to win the battle.

After Tumi’s departure, Malefu has to monitor Dimpho’s steps. Lindiwe, the boss lady, has to play by the stringent rules. She also loses the man she loves.

Will Lindiwe schemes to make Refilwe residents subdue to her after she fills their minds with her blindfolding ideas? Zweli defends Cobra when he gets humiliated for seeking for a job. Tumi and Zolani’s decision will have a significant impact on their lives.

Someone dares to oppose Lindiwe in public

One of the people in her audience openly disagrees with her opinions.

Lindiwe is rudely interrupted by one of the people she is addressing. Cobra encounters a challenge on his first day of reporting to his new job. Zolani plans to settle down with Tumi. Walter has to conform to Malefu’s ultimatum.

Tumi’s happiness is short-lived when her loved ones turn their backs on her. What is Nomonde’s intention for attending the Refilwe community meeting? Walter’s revenge on Lindiwe throws her off balance.

Tumi’s pain leads her to make a desperate move. Lindiwe is dancing to Walter’s tune. Employees’ strike is at the peak, and Lindiwe is desperate for a quick solution. What does the future hold for Tumi?

Sandra needs to watch her back

She cannot take chances with Lindiwe.

Sandra has to stay alert because Lindiwe is dangerously unpredictable. Walter is overwhelmed by guilt. He stands to lose five million rands if he makes a dumb move. Zolani confesses to Lindiwe and Zweli.

Zolani protects Tumi. Will Lindiwe lose her mining license? Who will Tumi side with between the wealthy and low-income families?

Who is the familiar face that has returned to Refilwe? Will Paulina accept the painful truth from Veronica? Zolani gives Lindiwe a weapon that will help her to defeat Walter.

Lindiwe sends a disturbing message to Cobra and Malefu through Tumi. Police officers become the victims at Paulina’s tavern. Should Khabzela worry about an unusual proposal from an old friend? The people of Refilwe receive some of the Khanyisa diamonds.

What does the mysterious caller want from Thuso?

Lindiwe is using Tumi to achieve her evil plan. Thuso will forever be indebted to someone who gives him an unexpected call. Oupa and Percy might go behind bars.

Will Cobra abide by the law or save his friends? He is trapped in a crime. Flora is the best thing that has happened to Veronica. The battle intensifies.

Lindiwe and Cobra’s face their foes.

Cobra’s old enemy gives him a terrifying call. In another incident, One of Lindiwe’s enemies strikes. The Dlamini household is relieved for a while. Cobra opposes Percy’s plan to take down Goliath.

Refilwe’s three musketeers are about to get surprised by Goliath. Veronica turns Lindiwe’s house into a bar. Cobra’s lies cannot fool Julia.

Cobra fails to betray Goliath as planned. How will Tumi free herself from Veronica’s lies?

The fight is far from over.

Disappointment looms in the air after Percy, Cobra, and Oupa’s celebrations. Zweli learns about Julia’s darkest secrets, whereas Veronica and Lindiwe lose Zolani’s trust. Detective Tshabalala is uncomfortable when the truth in Zweli’s investigations is about to be uncovered.

Verica narrates to Zolani the truth that pierces through his heart like a sharp knife. Oupa and Percy are bothered by the turn out of things in the ongoing investigation. Zolani discovers facts behind his troubles.

Cobra, Percy, and Oupa plot break out of jail. Veronica provokes a misunderstanding between Lindiwe and Zolani. Furthermore, Zolani lands in trouble for protecting his mother. Zweli arrives at a difficult decision regarding the theft probe.

Zweli’s offer is too tempting for Refilwe residents to reject. Will Zolani put Lindiwe in her place? Percy has an unprecedented offer for detective Tshabalala. Something happens that gives Lindiwe a blow of a lifetime.

Paulina transforms her perception of life. Goliath and Zweli disagree. There is something fishy about the diamonds that she owns. Three people plot commit another mega theft.

What is happening to Tumi and Lindiwe?

This telenovela will help you forget about your challenges for a while.