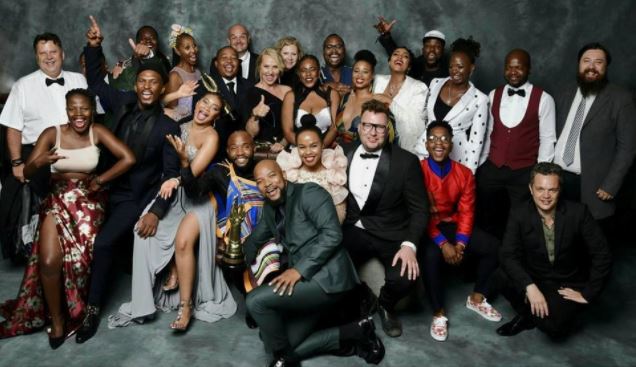 The River is currently one of the most captivating South African shows. The spice and humour that the show depicts are unmatched.

Its quite a pity if you are missing out on such an enjoyable experience. You do not want to be the black sheep when people discuss how fascinating the show is.

If you find out that the person that you care about is cheating on you with one of your closest friends, what would you do? Will you be willing to fight for love, or will you admit the pain of losing the two people that you love?

This is the dilemma that some of The River 1 cast members are in. If you wish to find out their next move, The River 1 teasers have highlighted some snippets.

These are some of the scenes that you should expect in June 2020.

Zweli is a few steps away from achieving his goals. However, is he willing to go the extra mile to reach them? The Mokoena women witness something that leaves them in shock.

Mbali discovers something that could crush Andile, and Tumi packs up her belongings and storms out of the Dlamini mansion.

Something unexpected happens, and it confirms Paulina’s worst fears. Meanwhile, Andile does something to salvage the situation, and his efforts bear fruits.

I Hate You. I Love You

Something unpleasant is in Lindiwe’s kitchen, and Malefu finds it hard to come to terms with the loss of Cobra.

Andile’s situation gets out of control, and he ends up frustrating the people who are around him. Paulina discovers that Lindani has been playing games on her.

Lindani has unrequited feelings for Tumi, and Andile has to figure out another idea when his unexpected guest fails to go away. Khabonina opens up about some of the intimate matters of marriage in public.

Lindani dares to make significant changes regarding his life, and more drama unfolds wherever Andile goes to. Panic Stations

Lindani opens up to Tumi and Khabonina regarding his latest idea, and Andile’s promiscuous ways continue to affect Lindiwe. How will she get herself out of this situation?

Lindiwe comes up with a plan to deal with Andile’s character. Will it make the situation more complicated between them? A spiritual surprise awaits Tumi.

Lindiwe unexpectedly shows up and finds TJ and Andile making out. How will she react? On the other side, Zolani comes up with an idea on how to separate Lindani and Tumi.

Zolani discourages Lindiwe about going on with her plan regarding Andile as she might end up hurting herself. Malefu is not impressed by the man that Tumi chooses.

The Dikanas receive some worrying news from a messenger, and Beauty has something more to offer Andile although, Njabulo has also made his offer.

Malefu gets a loophole to face the person who has been causing her family’s miseries, and Andile is unable to conceal his lies. He ends up with nowhere to hide.

Malefu threatens to kill someone, and Andile tries everything within his capacity to try and win Njabulo back.

Circus Malome Sechaba causes the Mokoenas to brush shoulders with Lindiwe during the Magadi negotiation, and Andile makes up his mind about starting over again. Will he reconcile with his past?

Someone unexpectedly comes to Tumi’s rescue, and someone storms into Andile in a compromising situation.

Andile gets into more trouble when TJ attacks him on social media. How will he fix his tarnished reputation? Tumi realises that she has been trapped in the vision that Malefu and Lindiwe have regarding a wedding.

Andile and Zweli come up with a trap for TJ, and Tumi adds Flora to the list of the people who will help in preparing her wedding. How will she put off Lindiwe and Malefu and their interests in taking part?

Tumi and Malefu brush shoulders; does it have anything to do with the wedding preparations? Zolani meets someone from her past who could change her situation.

Lindani discovers something that leaves her in shock, and Tumi allocates Malefu one of the most significant roles in the wedding preparation.

Lindani does her best to try and fix the mess that the love of her life has created.

The unexpected happens when Lindani sneaks beyond the authorities to talk to Tumi.

Two people open up about the pain of losing the people that they care about.

Walter goes back to Refilwe with an unexpected proposal, and Tumi seems to be ready for a difficult experience with the new Dikana Makoti.

Zolani tries to defend Tumi; is he doing the right thing? Walter demands answers from Malefu.

The Man of the House

Tension reigns between Nomhle and Zolani, and it brings Zweli on the limelight. On the other side, Cobra finds out about the intentions that Walter has for Malefu, and he is filled with rage.

Side Dishes and In-Laws

Cobra questions Walter regarding Malefu, and the response that he receives leaves him in shock. The Dikanas are on the verge of making a fortune, although the fortune might cause division among them.

Andile’s worries heighten as the auction falls apart, and Malefu continues to feel in a difficult position where she has to choose between Walter and her family.

Zolani willingly makes a big sacrifice for Tumi, and everyone is shaken when an old foe shows up.

The Dikanas fail to trace someone, and they are worried that something bad could have happened to Zolani. Something happens, and Malefu is convinced that it is the sign that she has been waiting for.

Malefu starts to second-guess the decisions that she made regarding Walter and Lindiwe, and her family begins to feel like their future has been ruined.

Flora hooks up with one of the people that she had a crush on in the past, and Lindiwe opts to go out and seek revenge.

Cobra seems to have a way of reducing the length of his jail sentence, and Walter finds himself in a dilemma as he has to choose between two people that he cares about.

Zweli’s determination to find Goliath puts his life under jeopardy, and Malefu tries to guard her relationship with Flora even though she has feelings for Walter.

Walter gets confused when Malefu starts changing moods, and the mission that Zweli and Cobra were on does not bear fruits.

Walter’s heartbreak stirs more problems for Paulina and Lindani, and Cobra ends up in a hot mess.

One Foot in the Grave

Malefu is shocked when Flora opens up about Walter, and Cobra finds himself on the verge of death.

An unexpected thing happens as Zweli and Cobra try to work together, and Flora and Walter get into an argument concerning his drinking.

Flora comes bearing a couple of surprises for Walter, and Zweli is a few steps from capturing Goliath.

Cobra has to stop being comfortable for him to save Zweli, and Walter asks Malefu to do something strange.

The Hero in Refilwe

The Dikanas applaud Zweli for her successful teamwork, and the Mokoenas rejoice, and they have no idea that misery has befallen them.

Andile immerses himself in his promiscuous lifestyle and ends up ruining his relationship with TJ. He equally hurts Lindiwe by his actions. TJ creates a mess for him on social media when she makes a post that tarnishes his reputation. How will people look at him?

Tumi allocates Malefu some of the critical roles in her wedding preparations. During the wedding preparations, she interacts with Flora, who has feelings for her man. Later, Flora opens to her about what has been happening. How will she deal with the love triangle?