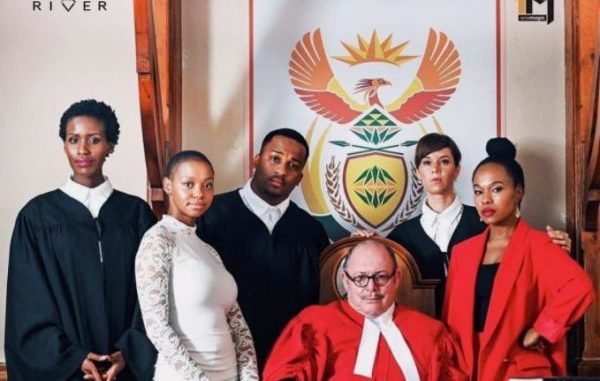 Do you fancy soap operas? If that is the case, you ought to check out The River 1 on Mzansi Magic, as the show has a beautiful storyline told in the most seamless way.

Drama, confrontations, bitter-sweet love stories, and throwing one another under the bus are the best terms to describe this soapie.

The River is about the owner of Khanyisa Diamonds mine, Lindiwe Dlamini-Dikana. She is so possessive and selfish that she is interested in doing whatever it will take to keep her family protected.

In desperation to secure her business, she gets people killed. Whether her marriage to Police Commissioner Zweli Dikana will save her in the day of reckoning or not is worth finding out from these teasers.

If you were not sure about following the show, you could check out The River 1 Teasers.

Lindani makes some efforts to win the affection of Tumi as the old Lindiwes come together again, although in a detestable manner.

Lindiwe becomes angry as her favourite person comes to her house without prior notice, while the heart of Zolani breaks after spotting Tumi in someone else’s arms.

Cobra abducts an innocent man, while Nomonde carefully picks what to tell the Dikana family.

The future of Lindiwe risks being snatched away from her as Nomonde feels that her family has betrayed her. Zolani takes cheap shots for his most admired woman.

The meeting that Lindiwe had with the Minister ends in an unfortunate way and the luck of Nomonde runs out. Then, Zolani surprises the Mokoena family.

Tumi eventually discovers why Lindani broke up with her, and Zweli and Lindiwe refuse to see each other. Nomonde finds out that it is not only her who hates Lindiwe.

Tumi comes up with the best way to reconcile with Lindani, and Lindiwe stops pursuing the charges against Nomonde. It is unknown to her that the girl is after her destruction.

A lot of people are after the dissolution of the love between Lindani and Tumi, while Lindiwe is under pressure to take care of an uninvited guest.

Zolani feels disappointed upon seeing something that breaks his heart and the oldest enemy of Lindiwe returns.

There is an explosion of tensions in the Mokoena house, while Lindiwe meets someone from her past again.

Lindiwe is haunted by her past repeatedly in the form of Walter. Zolani ensures that Lindani stays longer in jail.

Lindiwe discovers how to excommunicate Walter. Then, Tumi chooses not to depart from the station until she meets with Lindani.

Nomonde uses Lindiwe’s methods to outdo her and Zolani devices a strategy to destroy Lindani.

As Walter sticks around, Lindiwe gets more paranoid. At the same time, Lindani is about to visit Tumi with a big surprise.

Tumi’s thoughts are still filled with the experience of love she has had the previous night, while her day goes in a way she never expects. Lindiwe makes a discovery concerning a person in the house, that startles her.

Detective Tshabalala gives Lindiwe a mysterious gift, and Tumi tries to start sexual activity with someone. At the same time, Lindiwe cleverly anticipates what Nomonde is up to.

Lindani and his son meet. The plan of Walter and Nomonde blend as Zolani announces to Tumi how much he loves her, even though he does not know that he is in for a surprise.

Zolani and Lindiwe intend to attack one of their enemies, while the plan of Tumi to connect with Lindani again goes wrong.

Lindani makes another proposal, while Walter and Nomonde prepare to catch Lindiwe.

Tumi struggles to have Lindani around her, and Zweli gets a mysterious message filled with worry.

If you have gone through The River 1 Teasers for February 2020, make sure to catch the show from Mondays to Fridays at 19:00 on Mzansi Magic.