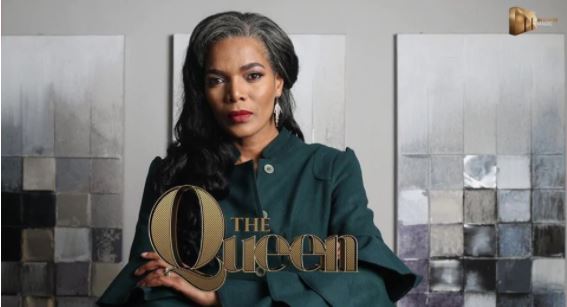 If you are a lover of exceptional local  shows and have not been following the drama in The Queen, you are missing out on such an enthralling experience.

The soapie is one of the most loved shows in the continent, as it has garnered viewership even beyond South Africa.

In the fifth season of The Queen, the Khozas have been left depressed since the passing on of Jerry. Will this grieving period cause the family to make decisions they will regret later?

If you would like to have a glimpse of what is exciting in the show, you might want to check out The Queen teasers for August 2020.

Death be not Proud

Vuyiswa realises that she has been caught up in Hector’s plan as he struggles to cover his moves. Meanwhile, Harriet goes through the most traumatising moment of her life.

End of the rope

Harriet lets grief take the better part of her, and she gets overwhelmed by her situation. Vuyiswa finally lands the last message that Jerry left for her. What will she make out of it?

The members of the Khoza family try to come to terms with the new reality of their loss, and Vuyiswa tries to fight an old foe that is not so far from her.

Jaros devises a plan to interfere with the investigation that Vuyiswa has been carrying out. On the other side, Shaka decides to avenge Jerry’s death and the pain that the Khozas have suffered.

You were loved by all

Vuyiswa tries to get too comfortable, and Hector tries to act as quickly as possible since he has a limited chance. Meanwhile, Brutus discovers news about his nephew, and he gets so enraged that he decides to kill Shaka.

She wants to die

Vuyiswa reaches out to Georgina and asks her to support her in proving that she is innocent. Will Georgina comply? Jaros and Hector devise a new plan.

Do me a favour

Will Vuyiswa take the blame for a crime that she did not commit? Harriet continues to drift from the Khozas even more. Will this make her situation any better?

The plan that Georgina and Vuyiswa came up with bears fruits, as they manage to outsmart Jaros and Hector. Meanwhile, Kagiso settles the differences that he had with Harriet.

Vuyiswa goes on with her investigations, and this makes Hector anxious. Meanwhile, tension continues to reign between Harriet and Kagiso.

Vuyiswa is a few steps away from catching up with the murderer; however, she does not realise that they are planning something else. On the other end, the Khozas fail to have a collective voice, and the events that transpire make them drift.

Vuyiswa realises that she is in a dilemma as she has to decide whether to guard the safety of her family or catch the murderer. On the other hand, Hector causes mayhem between the Maakes and the Khozas.

Vuyiswa is forced to evaluate the consequences that the investigations have on her family. Meanwhile, Harriet changes drastically, and her change of attitude makes Kagiso and Brutus blame themselves.

Mjekejeke and Schumacher receive some news that leaves them in shock, and Vuyiswa finds a promising lead that can easily lead her to the killers. Will she manage to catch up with them?

Jaros does an unexpected thing to Vuyiswa. Will this stop her from going on with her mission?

Jaros is so desperate that he makes a move with the hope that fate will favour him. On the other end, the Khozas make a drastic decision that is more likely to have a significant impact on the drug industry.

Harriet tries to deal with the reality of losing her daughter, and Hector goes on a mission to do away with all the evidence that could link him to the crime.

Hector’s new move catches Vuyiswa by surprise; hence, she slows down on her mission. Will she lose track of what she was after? Meanwhile, the Khozas start to second-guess the decision that they made and the impact that it can have on their business.

Blast from the past!

Thato reminisces something that happened to him in the past, and it makes him emotional. On the flip side, Patronella shocks everyone when she opens up about what happened.

Not a bad thing

Why is Jackal trying to get close to Thato? Is he planning to do something odd? The Khozas realise how slow their family business has become; hence, they regret the decision they have made.

Thato offers to do everything within his power to make Jackal take his issue seriously, and someone interferes with Hector’s plan. Who can this person be and why is he doing that?

Not in this Body

Jackal says something that leaves Vuyiswa and Thato dumb-folded. Meanwhile, Shaka makes Thando aware of how much her behaviour pisses him off.

Vuyiswa finds it challenging to come to terms with Jerry’s demise. The pain and rage force her to go out and look for the murderer. The mission pauses a challenge to her as it can lead to her family being harmed. How will she handle the dilemma?

The Khozas go through a rough moment as they grieve the loss of one of their loved ones. They are so overwhelmed by emotions that they end up being divided, and they also make a decision that significantly impacts their business. How will they go about this mess that they have created?

The Queen teasers for August 2020 must have left you wondering how things will pun out for Vuyiswa and Hector. The only way of finding answers to your questions is by tuning in to the show every weekday at 21:00 on Mzansi Magic.