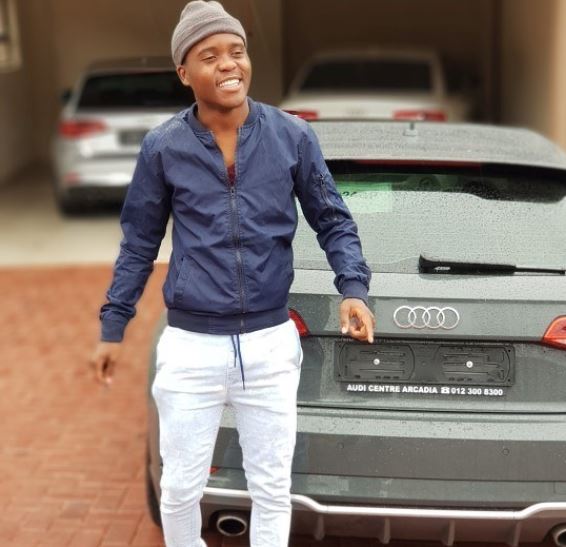 Kgopotso Mmutlane is one of the youngest and most successful Forex traders in South Africa who is best known for his claim that Forex trading has taken him from living in a shack to being a homeowner.

The 24-year-old is popularly known as DJ Coach Tsekeleke is amongst the youngest millionaires in South Africa, thanks to his trading and entrepreneurial skills.

When it comes to South African Forex millionaires it is hard to give them a miss as he is a brilliant Forex trader that serves as an inspiration for especially the younger crowd who want to join the industry.

Dj Coach lives a flashy life and drives top of the range cars. But this was not always the case. Like Drake sang, Tsekeleke started from the bottom, and now he is here.

FBK was born in Limpopo province, Motodi village, not far from Burgersfort town. Dj Coach presents himself as a Forex trader, an author, philanthropist, a serial entrepreneur and one of South African’s youngest millionaires.

According to Coach, he was not born into a rich family. He, however, noted that the fact that he grew up in a small house whereas other people owned magnificent homes made him go the extra mile. He also developed an insatiable desire, in his heart, to be successful.

DJ Coach Tsekeleke says he always wanted to be a Dj since he was of tender age, but his parents wouldn’t let him. He, however, went out to DJ without his parents’ consent and was given the name Dj Coach Tsekeleke. Tsekeleke is highly cultured. His faith and aspirations make him stand out. He learned about Forex from a childhood friend while in Leolo High School, and his curiosity kicked in.

It is, however, a risky business as one places bets depending on their speculation of where the market will go next. For Tsekeleke, this risk only made him more curious.

Dj Coach has made a fortune out of the Forex market. He has a lot of wise words about Forex. This is his journey in Forex. According to the Coach, Merika Mphogo helped him make the first step in Forex trading back in April of 2016. After that, the young millionaire began his research and realized that he could generate income from FX.

This, coupled with the motivation that he received from Sandton ‘boys’, notorious for their ability to sell the idea of making money quickly and becoming rich, gave him the drive and focus he need to make it in Forex. After some time, he established the Forex Broker Killer Institution and came up with the one-minute strategy, and all its modifications.

DJ Coach Tsekeleke, however, claims to have made Fx easier for others, by offering seminars and free classes. He said that the Forex market has high risks, up to 90%, and that there is a huge potential for one to lose all his/her investment. He said losing money is almost a guarantee because the market makers have mastered how to use your emotions in their favour.

He further introduced an FBK Millionaires premieres which air on MojaLoveTvDstv Channel 157. The show was first aired on Saturday, August 17 at 20:00. Forex Broker Killer, as many have come to know him, claims to have seven houses and 20 cars.

This millennial has also been seen on YouTube doing the most. He has had an interview with Samke Mhlongo, among others, where he was invited to talk about Forex Broker Killer.

His exact net worth is not known, but according to the YouTube video, he at one time showed his FNB bank account that had R40 million. And in spite of his humble background, he has proven to the world that indeed, where there is a will, there is a way.