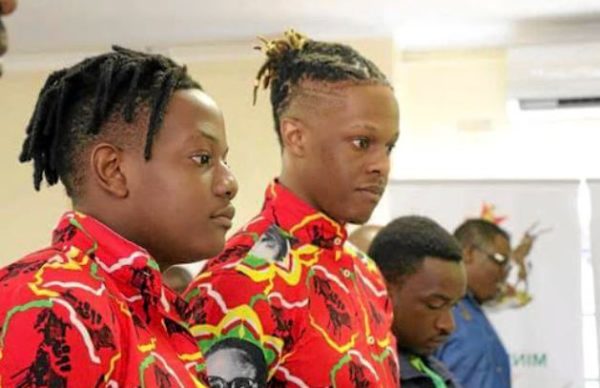 Robert Gabriel Mugabe was the president of Zimbabwe for a few decades and was one of the longest-serving presidents in the world.

He recently died and was survived by his children and wife. He was married twice in his lifetime and had four children, one of whom is, unfortunately, dead.

The former president of Zimbabwe was one of the most controversial political leaders in Africa. Many people referred to him as the ‘most brutal’ leader in the continent, as well as other names, such as ‘dictator’ and ‘tyrant.’

This sparked many questions about his personal life. What kind of a father was he behind the scenes? How did he relate with his children? Who are Mugabe sons?

All Mugabe children are four, one daughter and three sons, from his two wives. His first wife was Sally Hayfron, who gave birth to one son, Michael Nhamodzenyika Mugabe. At the time, Sally was the president’s only friend and close confidante. She was a trained teacher and was also involved in political activism.

The former president had three children with Grace Marufu, whom he had an affair with before the demise of his first wife, Sally. At the time, Marufu was his secretary who was 41 years younger than him. When the affair began, Marufu was also a married woman.

Grace had a son for her former husband whose name is Russell Goreraza. Today, Russell manages Gushungo Dairy Estate, which is his mother’s large farm.

In 1990, Robert Peter Mugabe Jr. was born. In August 1996, the former president married Grace Marufu in a lavish Catholic ceremony. After the marriage was made official, Grace gave birth to the couple’s third child, Chatunga Bellarmine Mugabe, in 1997.

At the time of his demise, the former president had an estimated net worth of $20 Million. While his wealth attracted the interest and attention of many people, mainly because he was regarded as a corrupt political leader, it was Grace Mugabe sons who attracted more interest in the family.

Robert Mugabe sons, Robert Mugabe Junior and Chatunga Bellarmine, led lavish lives that angered people because they were allegedly wasting public resources. It is fascinating to note that their indulgence in costly lifestyles and material things was also observed in their mother, Grace. She was nicknamed ‘Gucci Grace’ by many people for her love for shopping, especially jewellery and clothes.

Before the resignation of their father from the presidency in 2017, the two (Robert Jr. and Chatunga) rented a R70,000-a-month house in Sandton, South Africa, and would spend up to R20,000 a night on partying. After their father resigned from power, their Instagram accounts became quieter.

Where are Robert Jr. and Chatunga after the demise of their father? In 2019, the former president fell ill, and Jr. spent a lot of time by his side. He even posted a picture of his frail father on his now-private Instagram account.

After the demise of the former president, the two boys were distraught. Chatunga posted on his social media that he wanted to die. His grief was palpable. Since the demise of their father, the boys are currently leading more private lives compared to before.