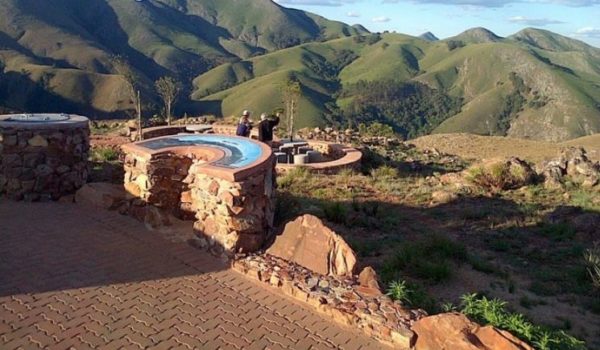 South Africa is diverse when it comes to the tourism sector. It has the best locations ranging from the most spectacular beaches to fascinating landscapes.

The Barberton Makhonjwa mountains are among the locations that the country takes pride in. It has achieved its place as world heritage site thanks to containing the oldest and best preserved sedimentary and volcanic rock.

These layers of rock date back from before the continents even existed and are estimated to be as old as 3.6 billion years.

In addition to that, it is also said to have the oldest fossilized bacteria which is determined to be 3.1 billion years old.

The mountain ranges are not ordinary, as they have a special significance in the country’s tourism sector and the country as a whole.

The mountains are situated in the north-eastern parts of the country, in Mpumalanga province. The ranges occupy an area of about 40% of the Barberton Greenstone Belt and have an altitude of up to 1800 metres above sea level. The Barberton geotrail is situated in the border of South Africa and the Swaziland Kingdom.

The mountain ranges were declared a World Heritage Site. The conditions that led to the declaration are explained in the facts below. These are important facts about the ranges that played the most important role in the title.

1. It is among the oldest geological features in the world.

The mountains have some of the oldest rock fragments that have been perfectly preserved. The rocks stand out as the location with the best-preserved oldest rocks. The rocks have the highest significance as they are a sign of the Archean Eon, which refers to the first time that life was formed on Earth. This period particularly refers to the time when the earth’s crust was formed. It also includes the time when the oceans were beginning to form and dates back to about 4 billion years ago.

The mountain ranges have an estimated age of between 3.6 to 3.25 billion years. This is way long ago when the continents were beginning to form. If you were a geologist, you would notice that it features the impact that meteors had after the fallback of breccias. This impact resulted from the Great Bombardment that occurred about 4.6 to 3.8 billion years ago, which is the geological significance that the mountains have. The meteor which was discovered in 2014 and the estimated size of the hole that resulted from the impact of the meteor was 37 – 58 kilometres wide. The hole which is believed to be a crater is not easy to find.

The mountain ranges are also referred to as the ‘Genesis of life.’ This title is related to the presence of some of the most ancient rock deposits on Earth. Apart from the rocks, the mountains also have some of the most ancient proofs of life. These proofs include the microfossils of bacterias whose ages date back to 3.1 million years ago. The bacteria was discovered in the hydrothermal deposits that include geysers. An example of these geysers includes the one at the Yellowstone National Park. The better part of the discovery of these fossil remains was found in sedimentary rocks. The fossil is dated to have been 3.2 billion old, which is the estimated age of the host rock.

In Songimvelo Game Reserve, which is situated in the mountain ranges, early stone age artefacts were discovered in the location and have also acted as a roof of life.

5. Evidence of the link between Australia and Africa

The Kaapvaal Craton is situated on the Eastern border of the mountain ranges. The Kaapvaal Craton is the oldest piece of the Earth’s crust that was formed during the Archean period. It contains evidence of the earliest photosynthesis processes, which provide a direct link that acts as evidence to prove that Africa and Australia were a single mass before the disintegration of the continents.

6. The discovery of gold

Before it was insinuated that the mountains could have the proof of life, there was a discovery that was made in 1884 to prove the presence of gold in the mountain ranges. This discovery was made by two brothers; Fred Barber and Henry. The two were settlers in the region, and their discovery attracted the attention of most people who thought it could be wise to exploit the precious stone.

Their focus on the exploitation of the stone led the growing population there, and as a result, it birthed the town of Barbeton, which is now purely associated with gold mining.

The mountain ranges and the town of Barberton were named after George Barber, who was the man who started the gold rush in the town after the discovery of gold deposits.

The name of this river has been coined from the name of the type of rocks that are dominant in the mountain ranges. Komatiites are the predominant ultramafic volcanic rocks in the area.

The mountain ranges were inscribed as the 10th South African World Heritage Site on the 2nd of July 2018. It is also Mpumalanga’s first heritage site. The hilly ranges joined the list alongside France, China, and Mexico. The declaration comes after the geological scene had been in the tentative list for more than ten years. Benefits of the declaration include:

The declaration on the Makhonjwa mountains as a World Heritage Site has increased the focus on the spectacular location, making it a lucrative tourists destination. The traffic that the site has created will eventually boost the country’s tourism and the global tourism sector.

Tourism activities in the area will improve the economy of the location and that of the country as a whole.

The increased traffic in the number of tourists visiting the site has created more opportunities for employment in the region. The employment opportunities have helped curb the amount of unemployment rates in the country.

The recognition of the Makhonjwa mountains as a World Heritage Site has made the area exposed to the rest of the world, making it a lucrative point of focus for tourists in the country. This has led to an increase in the number of tourists that the country has received ever since it was inscribed.

The increased traffic in the number of tourists visiting the location ever since the mountains were declared a World Heritage site has generally contributed to the general improvement of infrastructure of the neighbouring location.