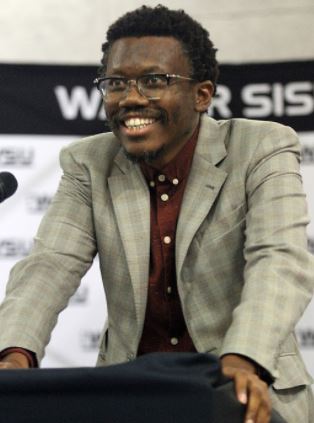 is a brilliant young South African lawyer whose intellectual capacity is well respected across the country.

He is also a public speaker, an author and an advocate for black South Africans.

He became known in the country after he joined the Economic Freedom Fighters (EEF) legal team in pressing for the release of the state capture report in the North Gauteng High Court.

A case that involved the removal of president Zuma.

While the case was on-going, he displayed a high level of intelligence that earned him the respect of several people through his clever legal arguments and his scholarly erudition.

Following the success of the case, he was recommended for the position of a senior counsel barely eight years after he became an advocate. Usually, it takes between ten to fifteen years to rise to this level.

Ngcukaitobi doesn’t only advocate in a court of law, he has authored books that reverberates his message of advocacy. He authored books like “The Land Is Ours: Black Lawyers and the Birth of Constitutionalism in South Africa”.

The book centers on the first black South African lawyers who argued cases in the nineteenth and twentieth century. It centers on the different legal cases they took and how they solved and argued them.

He also co-authored two books; “The Constitutional Law Casebook” and “Collective Bargaining in the Workplace.”

As a young child, Tembeka had a humble background. He grew up in a family that barely had anything. His father was a migrant laborer and all they had as a family were a few sheep and goats.

Right from high school, he had excelled in academics. When he matriculated, he was the best student that year and had good result.

This afforded him the opportunity to study Law. But despite this, he saw himself through college days at the University of Transkei on bursary which he paid back after graduating.

His ambition to become a lawyer was heightened when he learnt that his father had started to study law at the University of South Africa but couldn’t complete his studies.

He then resolved he was going to be a successful lawyer, if not for anyone but his father.

He completed his first degree and LLB both at the University of Transkei. He has two Masters degrees in law (LLM) from the Rhodes University and London school of Economics respectively.

He is also a member of the South African Law Reform Commission (SALRC).

Tembeka Ngcukaitobi practices as an administrative lawyer, a constitutional lawyer and a general regulatory lawyer at Fountain Chambers.