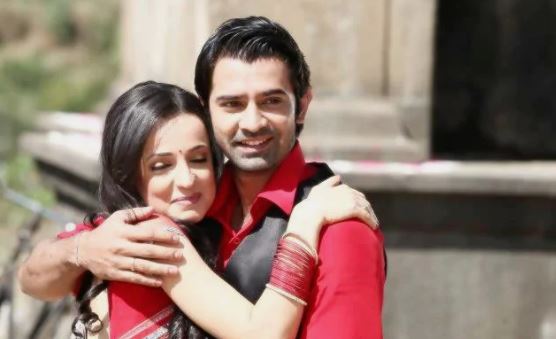 The Tv series Forbidden Love Starlife centers around two people – Kushi Kumari and Arnav Singh Raizada. These two people are from different backgrounds when they met and fell in love. It will be interesting to discover how they were able to still stay in love despite the wide differences.

The romance movie has a series of 398 episodes spread across 3 seasons. The movie’s original serial network is Starplus and was shown on Tv from the 6th of June 2011 to the 30th of November 2011. It was also aired on Glow Tv as Unforeseen Love in 2017.

Summary of the plot

This is a love story that brings two people who have different perspectives about life together. Khushi an 18-year-old girl from Lucknow, UP, and Arnav a 28-year-old wealthy tycoon. Khushi values her relationships, whereas Arnav belives that everyone and everything has a price, and so can be manipulated for one’s benefit.

Khushi is a simple, smart, loving, and sweet lady. She stands firm her beliefs and does not let down her guard. On the other hand, Arnav is a ruthless man who has no value for relationships, especially when it comes to achieving his ambitions. As the story progresses, their interesting love-hate relationship is met by a series of drama and conflicts.

Arnav does his best to try and break Khushi’s morals to prove to himself that he can control everyone. However, Khushi does her very best to stick to her morals and values. Later on, Khushi’s parents move into Buaji’s house where they see Shashi. However, Khushi’s doubts him and later discovers that Shyam indeed has a wife.

He confronts Shyam for cheating on Khushi. Shyam tries to kill Shashi but fails, despite Shashi suffering from a heart attack. Meanwhile, Arnav and Khushi are slowly falling for each other.

The full story
The story follows the lives of Khuashi and Arnav who met each other first at Arnav’s fashion show.

Initially, Arnav thinks that Khushi has been sent to sabotage his event. In a bid to ruin her reputation, he cooks up rumors of a false affair between them made the Guptas’ (Khushi’s adoptive family) relocate to New Delhi to live with Khushi’s aunt, Buaji.

After a series of misunderstandings, Khushi is hired by Anjali, Arnav’s sister, as an ethics instructor for his live-in girlfriend, Lavanya Kashyap.

In the process and due to the proximity, Khushi challenges Arnav’s stubborn ideologies on love, god, marriage, and death.

There is no doubt that the Forbidden love Starlife storyline is quite fascinating. As a result of Khushi spending too much time with the Raizada family, the hatred between her and Arnav begins to turn into attraction.

In a bid to ignore what they feel and quell whatever they might feel for each other, he breaks the news of his engagement to Lavanya. On the other hand, Khushi’s family gets her engaged to a guest residing with them.

The funny thing is that the guest turns out to be Shyam Jha, Arnav’s brother-in-law, who is a married man and has been lying to Khushi and her family.

Khushi is asked to organize Arnav and Lavanya’s engagement party. In the process, Lavanya realizes that her fiancée is in love with someone else, Khushi, and as a result, she breaks off the engagement.

Payal, Khushi’s sister, gets engaged to Akash, Arnav’s cousin brother. The Guptas realized that Shyam is the son-in-law of the Raizada family and chase him out of the house.

The family keeps the information from the Raizadas to avoid running Payal’s wedding. Shyam’s true intentions are revealed as he tried to kill his wife, Anjali, several times so that he ends up with Khushi.

Khushi becomes friends with Nanda Kishore (NK), Arnav’s cousin brother who resides in Australia. Arnav and Khushi keep challenging each other during the marriage rituals. As a result, they start to realize their feelings for each other. Anjali and Nani see that something beautiful is going on between them and try to unite the couple.
Once Arnav realizes his feelings, there arises a misconception that leads him to believe that Khushi and Shyam have been having an affair, and Khushi is the one trapping Shyam. During Payal’s wedding to Akash, Arnav blackmails Khushi to get married to him for six months to cause Shyam to think that she moved on and stop him from divorcing his sister.
At the end of the wedding ceremony, their families get to learn that the two got married without their approval. Khushi’s family disowns her as a result. She starts off her married life on a wrong note as everyone, including her family, is angry at her.

Arnav tells her to sleep outside the room.

Her family later forgives her during the Holi festival. Arnav confesses his feelings for her, though she is unconscious. He also starts to feel that she was not involved with Shyam, and there is more that he does not know.

Shyam gets infuriated and plans the abduction of Arnav, but Khushi rescues him. After the festival, Shaym’s true identity was revealed, but his wife, Anjali, refuses to believe them.

Shyam is thrown out of the house, but Anjali continues to meet him secretly. Arnav’s paternal grandmother gets involved.

She disapproves of Khushi whereas Arnav is in-love with Khushi. He wants and desires to take the relationship to the next level. The family learns that no rituals were conducted when Khushi and Arnav eloped and refused to acknowledge their marriage.

Khushi returns to her parent’s home, and their wedding preparations commence. It was realized that Arnav’s father committed suicide because his wife found out about his affair with Khushi’s adoptive mother.

Arnav’s grandmother tries to convince him to end his relationship with Khushi. But thier wedding took place after Arnav decided to forget the past and move on.

The newly married couple starts making plans to help Anjali realize that Shyam was the one who initiated her miscarriage. They found evidence on his computer and exposed the truth.

Upon confirmation, Anjali slaps Shyam, and the police arrested and took him away.
A young boy whose name is Aarav comes into the picture and enters the Raizadas’ family. He is followed by Sheetal, Arnav’s old friend. Khushi sees that there are similarities between the boy and Arnav.

Sheetal breaks the dreadful news that he is indeed Arnav’s son. Later on, Khushi and Arnav found out that Aarav was an orphan being used by Sheetal to take Arnav’s property. The couple gladly adopts the boy as their son.

After a few days, Khushi expresses her desire to be independent and decides to contest in the Mrs. India beauty pageant. Interestingly, she wins the competition amidst challenges, and the family is shown happily together.

The series has a pool of brilliant actors and actresses. They managed to make the events of the drama look real and they succeeded at it.