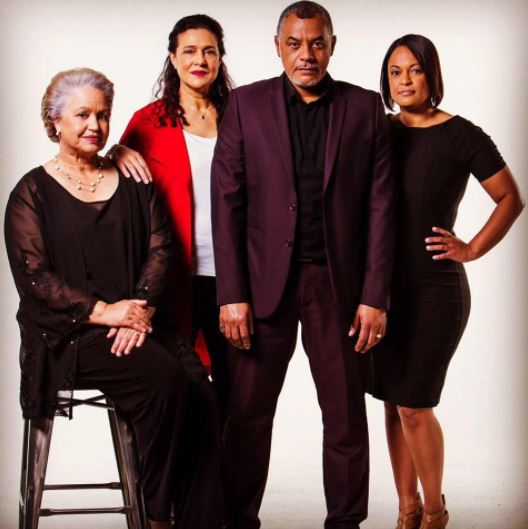 Suidooster is a fictional soap opera that is shown on Kyknet TV channel. It tells the story of the people of Suidooster who live and work together.

These people share happiness, disputes and have misunderstandings. The Suidooster series tells a story of a diverse multicultural community in the suburban region of Cape Town in South Africa.

It is set in the fictional suburb of Ruiterbosch and is drama-packed, and action-filled which is why we love it so much.

Tim’s news has come as a shock to everyone, and they aren’t convinced about whether to believe him or not. Quinton is facing an issue. Dani and Kaashifa talk to Justin and show him things from a different point of view.

Mrs J is curious concerning what Schalk was trying to tell her. Danni and Zoe are not on good terms, and they quarrel. AB expresses concern for Nazeem, and this is for a good reason.

Bridgette is taken aback when Nzeem surprises her with shocking information from her past. Quinton brings a gift that causes disagreement and some tension between Kate and Michelle.

Danni and Zoe bury the hatchet, but things are still not back to normal. Bridgette struggles to contain her family’s secrets. Quinton tries pushing boundaries.

Zoe might want to proceed with her initial intentions while Bridgette tries to find out what Zoe wants to do. Ty is distressed regarding Wade. Mymoena makes an effort to persuade Nazeem to keep the secret to himself.

Bridgette is eager for some peace; nonetheless, Nazeem still holds some tricks up his sleeve. Quinton trying to push boundaries goes wrong, and Justin’s dad makes his entrance.

Justin is excited, and he introduces his father to his friends. On the other hand, Wade confronts Tim. AB has been exposed to some truth that he struggles to accept. Bridgette has an unexpected and shocking end to her day.

Mrs J has everyone troubled and concerned about her. Michelle is being assured by Stefan and Quinton, who try to undo his mistake. Tim finally goes to Nazeem after avoiding the situation for a while.

Mymoena attempts to make contact with Mrs J, but surprisingly things make a turn for the worst. Justin begins doubting his father’s intentions. AB and Nazeem are back to reasonable terms.

Nazeem makes a valid request, Bridgette and Lee-Ann cannot agree on how to deal with it. Willem further agitates Justin. Quinton makes arrangements on how to earn more pocket money.

Lee-Ann makes a courageous choice with shocking allegations, Bridgette seems unimpressed by this. Justin makes an effort to form a new relationship with his father, and Quinton tries hard to make more money.

Quinton is still at it with his quest to get more money for new headphones. Lee-Ann feels a pinch of guilt for what she has done. Justin’s father manipulates him again, and he is finally tired of it.

Justin gets himself into some hot soup and is in big trouble. The Jacobs family is not devoid of problems as they face new adversity. AB says something extremely embarrassing.

Quinton gets very occupied when his friend pops over to visit. Junaid becomes interested in Kaashifa. Justin makes a firm stance against his dad. Bridgette makes a calculated move.

Nazeem is in a bad place, and he makes an informed choice about the future. Justin is very apprehensive and nervous while Quinton makes the acquaintance of someone new.