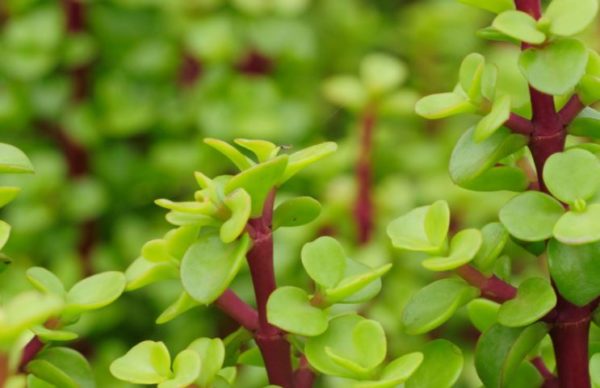 Spekboom (Portulacaria Afra) is a succulent plant found in South Africa. One of the many Spekboom facts is that it is indigenous to the Eastern Cape province and has been deemed as a miracle plant by many.

It is a bright green, small-leaved plant with a contrasting red stem found in Southern Africa that seems ordinary but don’t be fooled – it is a very special plant!

Spekboom health benefits are numerous, especially to the environment. When the environment is healed, nature becomes forgiving and generally promotes better health for its inhabitants.

Here are a few ways through which spekboom is useful.

1. Fights climatic change and improves the quality of breathable air

This plant has the ability to fix pollution. It is known to have the capacity of taking in about 4 to 10 tonnes of carbon from a hectare’s environment. This it does by acting like a carbon sponge that sucks in all the unwanted carbon. Planting enough of spekboom could bring about transformation as far as global warming is concerned since excess carbon causes global warming.

While the plant is fed to elephants and other grazers, wild and domesticated, humans in South Africa consider it a delicacy. With the right spekboom resepte, you can come up with tasty salads that many people, more so those in the Eastern Cape would enjoy.

Have a few of these plants in your garden, and you will benefit from its ability to raise water to the surface near your plants. The plant is drought resistant and can thrive in harsh conditions hence its ability to withstand certain environmental hurdles. It is of great help in low maintenance gardens.

4. Fits in all types of environments

Due to its unique photosynthetic procedures, this plant can thrive in desserts just as well as it would in rain forests. This means that it can be planted anywhere in the world to help clean the environment and restore lands that are considered destroyed.

5. Edible and can treat certain conditions

While no one is suggesting that you chop down a whole plate of the plant, spekboom medicinal uses could push you to do so, especially if you find yourself hiking in the region where they are in plenty. They are succulent and have citrus or lemon-like flavour that will help cool you down. In fact, they can be used to treat dehydration and exhaustion as used traditionally.