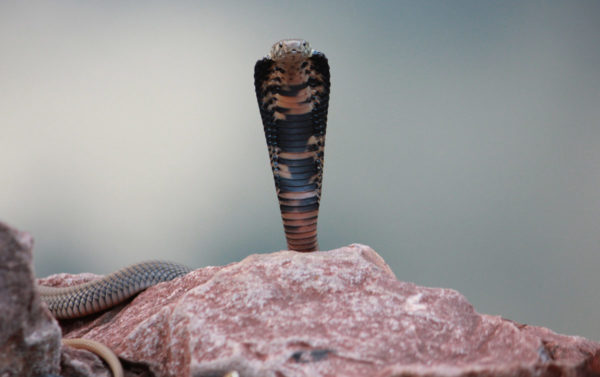 Geographic experts have made us known that as the season gets hotter, there is a high tendency for some creatures to come out.

And without doubt, a significant class that is common in this category are serpents. However, among these serpents, there are poisonous ones and those that are not harmful, hence the need to acquaint yourself with the snakes of South Africa. This education can help you protect yourself and your loved ones to avoid any form of mishaps that may occur in case you come in contact with any of them.

In each province, there are different types of snakes breed there. For instance, in the Western Cape, it is recorded that there are well more than 35 different serpent species that live there. In classifying them, we have the poisonous and harmless snakes.

1. Cape Cobra: Among all the cobras that are in South Africa, the Cape Cobras are known to be the ones with the most potent venom. The Cape Cobra is also called the yellow cobra and can have different colors like shades of black, yellow, and brown. Occasionally, it may even look speckled. You can keep a juvenile cape cobra in a terrarium that has 20 to 50-gallon capacity while the adult requires, at least, 50-gallon capacity terrarium. 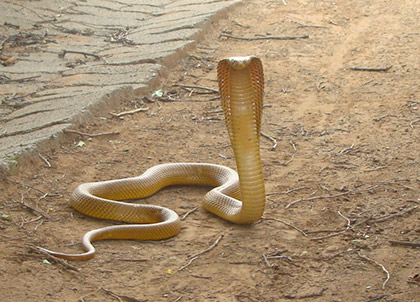 2. Boomslang: This serpent is another deadly one that is known in South Africa. It has haemotoxic venom, and whenever it bites, it takes more than 48 hours before the person bitten can start to feel the symptoms. And unfortunately, at this time, it would have become late to treat it. This serpent is identified through its very slender body and big eyes with the stubby head. The female boomslang is olive-brown while the males have different shades of green alongside black, yellow, or brown. Then, the young ones are greyish, and they have blue speckles. 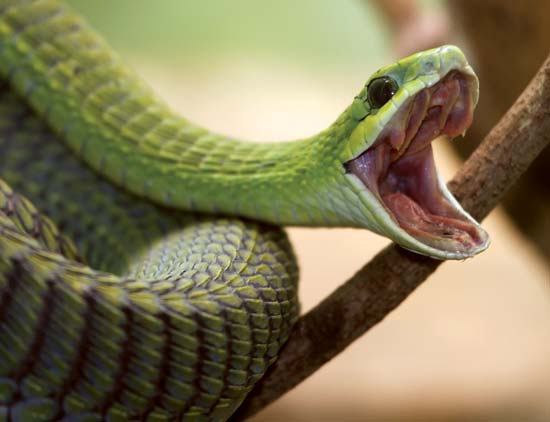 3. Puff Adders: These are large extremely venomous serpents considered as part of the most dangerous serpents that are in the world. As an ambush hunter, a puff adder can be under a tree for several weeks while waiting for something that it can strike. When they are disturbed, they start to make a loud hiss. 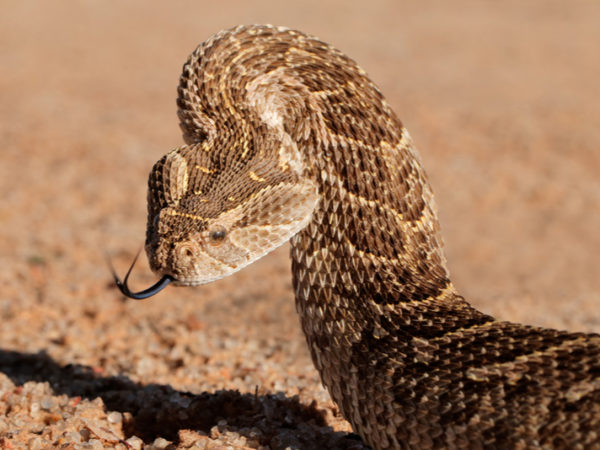 4. Black Mamba: This species is an extremely venomous serpent and based on a report, after the king cobra, it is the second-longest venomous serpent. It can strike at considerable range, bite in rapid succession, and in a situation where it is threatened, it will open its inky-black mouth and then spread its narrow neck-flap.

5. Rinkhal: This snake has a neurotoxic and partially cytotoxic venom, and looks like the cobra. When it is threatened, like the cobra, it creates hoods with its head, and when it wants to fool an enemy, it can fake its death. Its color can be yellow, orange, or grey. On its throat, it has white bars, and the belly is black. Its average length is between 90 cm and 110 cm.

1. Mole snake South Africa: The length of this type of serpent can be as long as 2m (6ft 7in) with its small head and pointed snout. Its body is firm and tubular and compared to most other types of serpents, this is not venomous. You will see it, usually, in a color which could vary from yellow to brown or grey and occasionally on solid black. 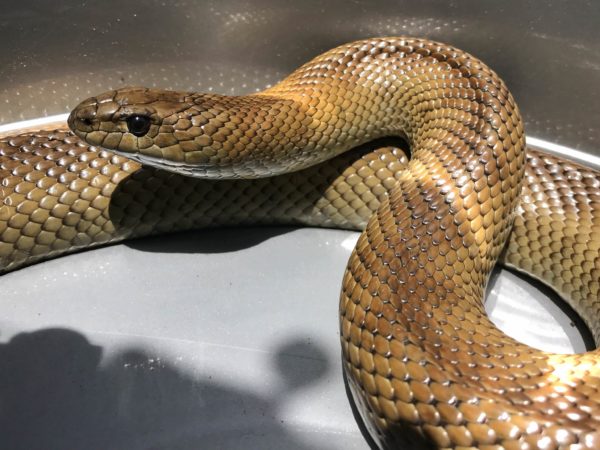 2. Brown house snake: This serpent is known with the homes mostly where there are bricks, rubbles, pot plants, and under pieces of wood. It is non-venomous and has markings of cream or paler brown color over dark, chocolate-brown base tones most time. The males are never as large as the females, and while the female can be up to 4 feet (120 cm), the male can get up to 2–2.5 ft (61–76 cm). 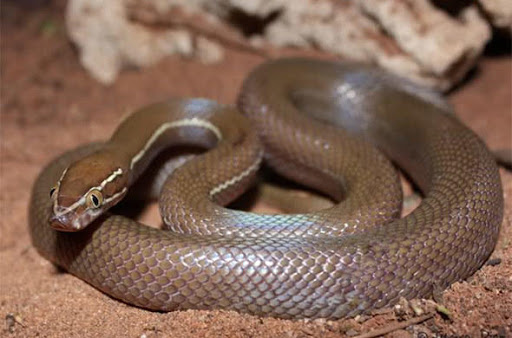 3. Spotted bush snake: This is a non-venomous snake that has a bright green color with black speckles. You find them, mostly, on trees in bushes and forest areas. The serpent is excellent in climbing and swimming and has very good eyesight. It is an entirely harmless serpent and would quickly escape from any threat once it notices one.