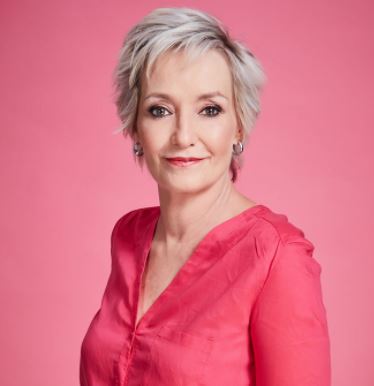 Sonja Herholdt is keen on giving hope to the weakest and most vulnerable people in the society.

She shares this passion because at different times in her life, the beautiful songstress has been dealt several of life devastating blows, and she has managed to stay strong and unbending.

In South Africa, Sonja Herholdt is known for filling the ears of thousands of South Africans with soulful music. She has gracefully warmed musical stages and has won many awards as a result of her outstanding gift.

She first started her music career as a little girl when she was three years old, when she was asked to perform a recreational song, “Slaap my Kindije” she shared the stage of the performance with her mother who was then a singer teacher.

They both planted the seed of a career that they didn’t would get her through life that day.

The limelight shone on her when she appeared on the Gwyneth Ashley Robin’s show, after this she recorded and released her song “Ek Verlang Na Jou” (I long for you). This single was widely accepted and sold more than 25,000 copies back then.

After this, her songs became very popular and she became the bestselling South African artist of the 70’s and 80’s. She also won several awards starting from 1975, where she was awarded the best singer of the year and later most popular female singer etc.

She extended her musical talents to Europe and became the only South African artist to be invited to perform on local television in Netherlands.

Sonja also has a song, Oberammergau, which was recorded in Dutch and was performed by her in Belgium. She was the face of music of that age and enjoyed the attention showered on her by her fans.

Away from her career, her personal life didn’t enjoy the same good fortunes of her career. She and her ex-husband, FC Hamman whom she tied the knot with in 1975 divorced after 21 years of marriage.

This divorce happened after she had recently survived a fatal accident.

Three years before the divorce, her two years old son Timothy had become deaf due to an illness and this prompted her to start a school for hearing and linguistically impaired children.

She taught at the school for five years before going back to her career. Aside from Timothy, she has three other children named Claudia, Simeon and Jesse.

In 2007 she published her autobiography, Sonja: Meisie van Nigel in collaboration with Carel Conje.

The book is an honest, raw, truthful and detailed story of her life experiences; of how she kept fighting and winning till the end.