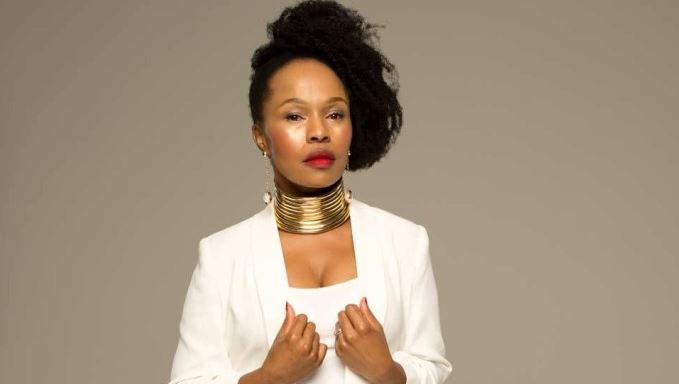 Sindi Dlathu is a South Africa actress and musician who is known for playing commendable roles in the entertainment industry.

Aside the fact that she’s meek and hardworking, she is also a humble TV star.

She has featured in Muvhango for more than fifteen years now, and she still finds fun in her career. Her passion for acting dates back to when she was a young girl, and she put effort to grow to where she is right now.

Here are some of the details of Sindi you probably don’t know about:

How old is Sindi Dlathu?

Sindiswa Dlathu was born in January 1974, in Meadowlands in Soweto, in the Gauteng province of Johannesburg. Being born in this year makes Sindi Dlathu age forty-six years old as of 2020.

Sindiswa Dlathu is a South African actress. She is famous for featuring in Muvhango, a South African soap opera that airs on SABC 2. She also plays the role of Thandaza and has also starred in a couple of movies including Generations and Sarafina. In addition, she is a musician, and she took part in the national miming competitions when she was fifteen years old and won.

Sindi Dlathu is currently married to  Okielant Nkosi, they have two children however she keeps a tight cover on her family and private family.

Sindi Dlathu and her Sister, Zanele Sangweni are twins. The sister is engaged to Matome Meela, a local businessman owning a pawn shop and trades used auto mobiles in Soweto, South Africa.

Sindi Dlathu, who plays Thandaza on SABC2’s Muvhango, is the most generously compensated performing artist in the organization, with a pay of about R85 000 a month.

Sindi Dlathu career dates back to when she was a young girl. When she was twelve years old, she auditioned for AShell Road Fame, a talent competition. She, however, did not win. Her exposure during this gig earned her mentorship from one of the Mbhaqanga band members; Mahotella Queens. Three years later, Sindi tried her luck again. This time, she tried out singing. She competed using “Let It Be,” by The Beatles song. She, however, performed Aretha Franklin’s cover of the song and won. After that, she became more motivated to focus on arts.

She was among the few lucky contestants who were given roles in Sarafina play by Mbongeni Ngema. Hers was the role of an understudy for Sarafina. She was fortunate because she went to the United States of America to perform the play. It is during a visit with Sarafina that she met Randy Crawford. Randy asked her whether she could stay back and perform with her. This helped her build her career even more. Later on, in 1997, she joined another play, ‘The Game’ by Duma Ka Ndlovu. In Muvhango, Sindi was given the role of Nomthandazo “Thandaza” Buthelezi. Her role in the play has also helped her build her fame.