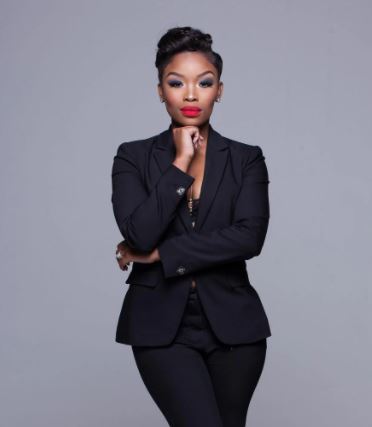 Zinhle Ngwenya, best known for playing the role Sihle in the move Isibaya, is one of the actresses who have become a household name in South Africa.

The actress is one of the celebrities who have agitated for and brought hope to the corridors of the common youths and women of South Africa.

Zinhle, who is a mother of two adorable children, has starred in movies such as Mthunzini, Winnie Mandela, and Isibaya. Isibaya being the most popular where she played the role of an evil young queen.

She is married to Robert Ngwenya, a business man from North West who has three children from a previous relationship.
Away from the camera and screen, Zinhle is passionate about restoring hope to youths who have been victims of drug abuse and women who have been abused at some point in their lives.

After rescuing them from the drugs and whatever form of abuse, she sets them up by equipping them with jobs, so as to ensure they don’t go back to their past ways especially for those who were rescued from drugs.

She carries out her philanthropy activities under the brand of her NGO – The MZ Ngwenya Foundation which she runs together with her husband.
The renowned actress also advocates for the protection of the rights of the South African children, she campaigns that children are given the adequate protection and care they require in order to grow up to become confident adults, who will not be scared of impacting their world.

She also encouraged other public figures and celebrities to stand in gap for the vulnerable ones in the society, that they should be a voice in their immediate environment and seek the welfare of the common South African child.

Zinhle was born in 1991, 8th of June, her father died while she was still a child, so she and her two other siblings of whom she is the youngest were trained by their mother.