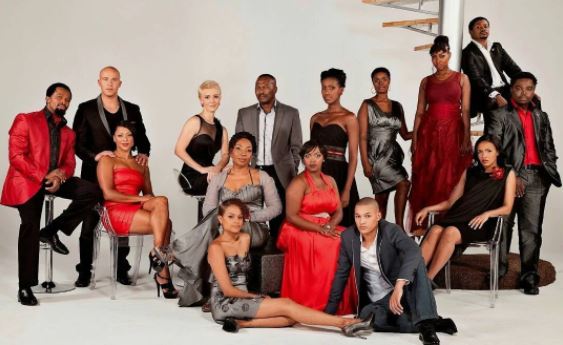 Apart from AmaPiano music, the acting industry is equally gracing the screens with captivating shows. Scandal! teasers are a reflection of how fascinating the soap opera is.

Are you the type that judges a movie or TV show by its title? If that is so, Scandal! is a show that is as dramatic as its name suggests.

Scandal! cast have made it look like they possess the characters that they pull in the show. The show focuses on a fictional newspaper company called NF Holdings set in Johannesburg. It follows the lives of those working there.

You might want to check out Scandal! teasers for March 2020.

Fear strikes Yvonne as she is gripped with the thought of losing a loved one forever.

In order to shield her loved one from a family member, Yvonne takes some drastic measures.

Yvonne realises how hard it is to take a stand and turn down her new responsibility.

It is a lucky day for Thembeka as she wins the affections of her crush, but things are not over because of the winding road ahead that is filled with conflicts.

Someone is trying to stir the pot with a bit of sabotage. She is very close to realising her dreams as she finalises her deal with the devil by making two daring moves.

Thembeka’s plans of sabotage turn out to be successful.

Thembeka makes great strides with pinning down a victim of her plans.

Mthunzi makes a bold move to hit on someone he fancies. He is devastated when his advances are dismissed.

Mthunzi has doubts if his main partner in crime is committed to their plans.

Boniswa is threatened by a man who has been falsely accused.

Boniswa is left thinking about everything that causes her trouble. She is wondering about all her problems.

Everything is going wrong for Thembeka when she finds herself in the wrong place and at the wrong time. This lousy luck in coincidence puts her plans at risk.

Mthunzi is untrustworthy as he breaks one of the critical rules of his alliance. This move has dire effects.

Mthunzi has trouble facing his intense attraction to a lady who he is not allowed to be with.

Boniswa is struggling with intense sorrow. Mthunzi cannot keep it in anymore, and he makes known his real agenda.

Thembeka’s brush with bad luck is not over. She is forced to make a close call, and this could potentially hurt and bring down her partner.

Mthunzi is desperate to see his evil plans go through and takes some significant risks to make sure it comes to pass.

Mthunzi has lost his partner in crime, and he comes up with a plan to get back his partner on his side.

Xolile makes a comeback and insists on getting answers to some awkward and very uncomfortable questions.

Romeo comes back with rage and determination to bring the truth to light.

Romeo has his suspicions about the source of all his problems. His gut tells him that it is someone he has locked horns with before.

Tshepo is shocked by the state of Chumani and suggests a very extreme solution.

Some key characters cause a lot of trouble. Here is a sneak peek on what happens to them.

In the beginning, Yvonne is a dominant character. She is quite fearful because she may have lost a loved one. This makes her take some bold and risky moves to save a family member. She ends up turning down her new responsibilities.

Thembeka is a fiery one. Causing trouble and stirring the pot with several plots and plans of sabotage. She also exposes her partner, who is left in jeopardy.