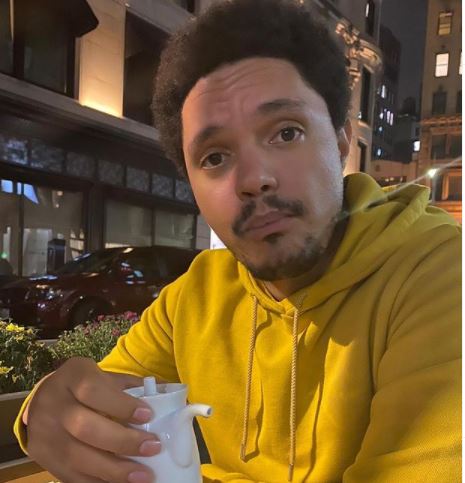 Trevor Noah is one comedian that has put smile on the faces of many but people do not know that he might have one or two things going on in his life most especially with his family.

Well, let’s take a look at some background check of who he really is.

Trevor is a South African comedian, writer, producer, political commentator, actor, and television host who was born on 20 February, 1984 in Johannesburg.

The comedian’s father is a Swiss – German descent named Robert Noah while his mother, Patricia Nombuyiselo, is a Xhosa from South Africa

According to research, Patricia fell in love with Robert when she was 24 while Robert was 46 then and she knew very little about him.

The most interesting part was that Trevor’s dad met his mom in a building she illegally rented from a foreigner and as at that time, Robert was overseeing the development of a Swiss oriented supermarket chain in the country.

Patricia on the other hand was working at a multinational pharmaceutical company [ICI] as a secretary.

Also, during that regime, white and blacks are not allowed to go into any romantic relationship with one another and due to this, Trevor’s parents came under intense pressure.

It got to a stage Trevor would walk in front of his parents just to avoid embarrassment.

At age 13, Trevor’s father relocated to Cape Town and he almost lost contact with his son.

Meanwhile, after 7 years, Patricia encouraged Trevor to take a trip to meet his father which he did and they reconnected.

The marriage did not last as Abel became violent and abusive towards Patricia.