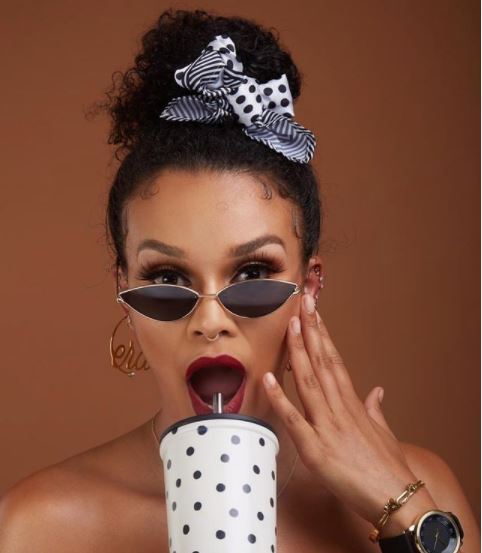 Sithembile Xola Pearl Thusi who was born on 13 May 1988 is a South African actress, model, television host, and radio personality.

The entertainment goddess has made history in the industry and her beauty, intelligence and hard work are the reasons behind her success.

Pearl is a very easy going lady and does not let any negativity weigh her down.

Let’s look at some of the things people don’t know about the star:

1. Pearl was born on 13th May 1988 in South Africa’s KwaZulu Natal region. As of date, Pearl Thusi age is thirty-two years old. Looking at her pictures, she does not look anywhere close to it.

2. Pearl father’s name is Bhekizizwe Thusi. Her mother passed on when she was a teenager. From the interviews that she has done, Pearl speaks so fondly of her late mother and wishes she were alive to be part of her success in the entertainment industry. She grew up under her father’s care, alongside her two younger sisters; Pamela Thusi and Prunella Thusi.

3. Thusi is the host of Lip Sync Battle Africa on MTV and e.tv, as well as the talk show Moments, on EbonyLife TV.

5. In 2018, Thusi became the new host of the third season of MTV Base’s Behind the Story.

In the same year, Thusi was cast in the lead role of Queen Sono on the Netflix crime drama series Queen Sono.

6. Pearl Thusi baby father is not the only media person that she dated. She also had a relationship with Robert Marawa, who serves at SABC as a sports journalist.

The two love birds were the talk of the town, especially when social media found out of their relationship. Most people were concerned about Robert Marawa age since he was way older than his then-girlfriend.

Months later, rumours about their split hit social media. Robert came out to confirm that they had broken up. On 6th August 2017 in a twitter post, he wrote, ”I confirm the rumour & speculation that our relationship with Miss Pearl Thusi ended a few months ago. We continue 2 be good friends though.”

There are some many awards the star has won as she has really done well for herself.

Her fans are proud of her and she is definitely not ready to go low for now as she still has more bags to get.