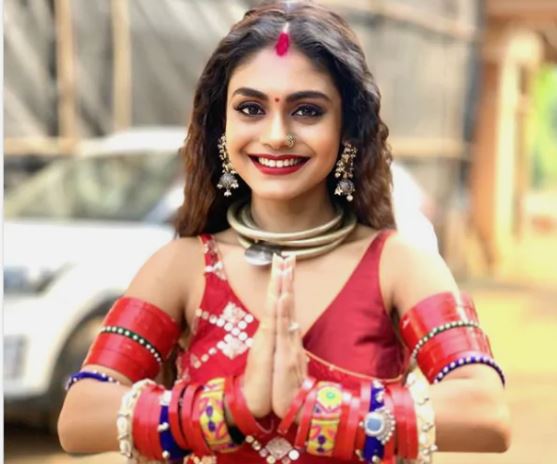 Have you been have been looking for something interesting to watch, you ought to check out True Love.

Just as the name suggests, True Love is an engrossing soap opera that highlights a twisted love story and the storms that it has to withstand.

Discover what Akash and Meethi do when they find themselves in the hands of Asghar, a notorious terrorist. Will they manage to outsmart him?

On the other hand, Mukta successfully delivers a bouncing baby boy and is happy to get back to Vishnu’s house. Will she survive Sumitra’s mockery at the house?

If you have never checked it out, read our new True Love teasers for November 2020. You will be mesmerised by the plot of the show.

Glow TV True Love episodes narrate how Meethi and Akash work their way out of Asghar’s evil intentions. You will also discover how Mukta deals with her situation now that she has a newborn baby. Read these True Love teasers to get a sneak peek into the November narrative.

Meethi’s protest turns out successful as Nusrat gets the go-ahead to tie the knot with her fiancé Shahbaaz. Akash puts the blame on Ekadash for creating a rift between him and Meethi while Ashfaque has feelings for Meethi.

Ashfaque makes his feelings known to Meethi. How will she take the revelation? On the other hand, Akash does everything in his power to find Meethi. Niloufer gets a warm welcome at the Asghar’s household. Meethi wishes she was in India.

Asghar frees Meethi from the suspicions raised by Ansari when she praises India. Raghuvendra is not pleased with Sumitra’s plans to have Mukta and Akash married. On the other hand, Saba is not delighted when Meethi creates a bond with other people in the house.

Niloufer makes it clear that she does not want Meethi near Ashfaque because she in love with him. On the other hand, Damini spots Fida’s picture at the police station as Dharamveer reveals to Raghuvendra that Malvika is not dead.

Raghuvendra goes to prison to see Ambika, but he is angry about his visit. On the other hand, Akash starts looking for Fida and Asghar finds out what he is doing. Zubeda spots Asghar following bomb blast videos.

Meethi receives a saree gift from Ashfaque. Will she accept the gift? Meanwhile, Asghar brings back her visa, which gives her the hope of returning. Later, Meethi prays for Akash as she makes the sculpture of Lord Shiva and celebrates teej.

Akash looks after Mukta after she gets admitted in hospital as Sumitra secretly performs the rites of virulence and only informs Tapasya. Meethi’s return to India makes Ashfaque unhappy.

Tapasya returns home with police officers and blames Sumitra together with Divya for the death of Vishnu. Ansari finds out information about a lost Indian woman (Meethi) in Pakistan, and she later suspects Fida is Meethi.

Meethi says her goodbyes to Rizvi as she goes to the Wagar border with Asghar. On the other hand, Ambika attempts suicide in jail as Raghuvendra lets Tapasya know that he has to travel to Dubai because Malvika is not dead.

Malvika arrives at the medical facility to take Ambika. Ansari and his people start searching the bus in which Meethi and Asghar are boarding to go to the Wagah border, but the two find a way to hide.

Ashfaque lets Ansar know that Fida (Meethi) returned to her mother’s place, and later Ansari arrests Ashfaque. Asghar is able to illegally transport a bomb inside the bag belonging to Meethi. Akash goes looking for Meethi and meets Asghar.

Asghar is not willing to reveal to Akash that he and Meethi know each other. Ambika and Malvika meet Raghuvendra as they are escaping from the medical facility. On the other hand, the cops make people at the ceremony aware of a terrorist attack.

Asghar tries to talk Meethi into living in Pakistan as Akash reveals to Kanha that he wants to go to Pakistan to find Meethi. On the other hand, Asghar and Meethi go to the police station to free Ashfaque.

Ansari tells Meethi to tell about her whereabouts when getting out of her mother’s house. On the other hand, Akash makes it across the border, but he is spotted by Rehamatullah Khan. Meethi makes up her mind to reveal everything to Ansari.

Meethi gives Ashfaque Akash’s contact details as Mukta is taken to the hospital by Damini. Akash and Ashfaque become acquaintances after meeting at a phone booth.

Meethi thanks Ashfaque for his valuable friendship. Later, Khalid manages to retrieve the microchip details, which show that Asghar is a terrorist and Asghar kills him.

Ansari investigates the murder of Khalid while Akash is not feeling well because of the drugs. On the other hand, Ansari does not believe Meethi after Saba’s accusations for the murder and arrests her.

Meethi tells Ansari she is Indian and ready to be arrested while Asghar is angered by Saba’s actions. Mr Rizvi is not happy with what is happening.

Ansari accuses Meethi and Akash of getting into Pakistan illegally and asks them about the person who aided their entry. Meethi reveals that Asghar Rizvi helped them. Later, Meethi wants to join Asghar to go look for Akash, but he turns her down and goes with Ansari.

Ansari wants to know why Rehamatullah framed him as a terrorist. Later, Ansari looks for Meethi in the house of Asghar, but Saba informs him that he should trust the Rizvis. Later, Ansari is surprised when Ashfaque and Meethi reveal to him that they were married.

Mukta is happy to return to the house of Vishnu, but Sumitra insults her. On the other hand, Divya worries that Mukta cannot manage to stay at the house as she has to take care of her baby.

Akash is hit by Asghar with a metal rod after failing to listen to him and insisting that he wants to see Meethi. He later drugs him and hides his body so that Meethi does not see.

Vishnu arrives home, but his hand is injured and he tells Mukta he was hurt while trying to help a mechanic who could not get out from under a car. Mukta says she will take the car as she is a good driver.

Damini is surprised to listen to Meethi’s voice when she calls from Pakistan. Meethi reveals that she is planning to rescue Akash and has not married as Damini tells her to follow her heart.

Asghar frees Meethi and informs her that she will die the way Khalid did, but she is not threatened as she vows to expose the truth. Later, Meethi agrees to go with Asghar after listening to the voice of Akash.

Mrs Rizvi lets Asghar know that he has nothing to gain from being a terrorist, while Mr Rizvi angrily tells him that no amount of wealth will bring peace in his life. Will he listen to the Rizvis?

Mukta, Ekadash, and their family hold a prayer to Lord Ganesha. On the other hand, Meethi is the human bomb while Akash goes to warn Ansari about the bomb dressed as a Pakistani officer.

Akash manages to kick Asgar just before he delivers the bomb and later discovers Meethi on the terrace with a bomb tied to her body. He manages to disarm the bomb by disconnecting the circuit.

Meethi and Vishnu have a phone conversation as she inquires about Mukta’s well-being and her young one. Later, Mukta is rescued by Chameli from misbehaving passengers.

Ambika seeks forgiveness from Shrikant concerning her behaviour and later, asks him to quit drinking. Ekadash is angry when he learns that Shrinkat has gone back to his drinking habits.

Mukta and Meethi ask Kajri to go with them after seeing her at the bus stop. Meethi reveals that she wants to find out if she is in love with Shrinkant and admits her love for him. On the other hand, Jogi, Damini, and Divya arrive at the Bundela house and are welcomed by Meethi, Akash, and Ekadashi. Later, Shrikant remembers his meeting with Ambika as he sits on the road.

Glow TV True Love has an entertaining line-up of episodes this November. The narrative revolves around Akash, Meethi, and Asghar. Here is what you should expect to see happening to some of the characters during the month.

She leaves with Asghar and goes to Pakistan. She is unaware that Asghar has evil intentions. Later, Asghar makes her choose to be a human bomb, which will be planted at the Indian embassy. Akash manages to save her.

He is involved in terrorist activities. Mr and Mrs Rizvi ask him to quit his ways because he will not benefit from being a terrorist. He later asks Akash and Meethi to choose who wants to be a human bomb. Later, Akash manages to defeat him and rescues Meethi.